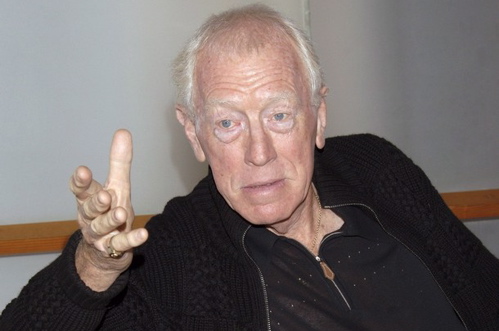 Oscar voters–and voters for other awards like the Critics Choice Awards–pretty much know the lay of the land by now. There are front runners and obvious choices, especially if you’ve seen most of the movies that are eligible. This week, the Broadcast Critics are voting for the Critics Choice, which will be broadcast live on January 12th on VH-1. But two last minute movies, late to the game, may produce a couple of surprise nominees. They’re each produced by cantankerous Scott Rudin, by the way.

The word is very good on actress Rooney Mara, who plays the extremely wild child Lisabeth Salander in David Fincher’s “The Girl with the Dragon Tattoo.” Mara–known mostly for being a good girl in both “Tanner Hall” and “The Social Network”–apparently explodes on the screen as the tattooed, mohawk sporting, sexy investigator who beds Daniel Craig, but also takes incredible vengeance against her rapist. I predict now that Mara will join Meryl Streep, Michelle Williams, Viola Davis, and Glenn Close in the top 5 actresses. By the way, she’s the sister of excellent actress Kate Mara and granddaughter of late New York Giants footbal owner Wellington Mara.

At the same time, Rudin has just started screening Stephen Daldry‘s “Extremely Loud and Incredibly Close.” And while there are surely many fine performances, the one that’s already garnering praise is Max von Sydow as The Renter aka Thomas Schell Sr. The Swedish actor turns 83 next year. His only Oscar nomination was in 1989 for “Pelle the Conqueror.” But his resume is long and deep from Ingmar Bergman’s classics “The Wild Strawberries” and “The Seventh Seal” in the late 1950s through Woody Allen’s “Hannah and Her Sisters” (1986) to “Shutter Island” (2010).

Von Sydow’s accomplishment in “Extremely Loud” would be all the more astonishing because he utters not one word in the whole movie. But as fans of “The Artist” know, silence is in this year!

Von Sydow would land in a highly competitive category. Best Supporting Actor, discounting Uggie the Dog, already boasts contenders like Jim Broadbent in “The Iron Lady,” Albert Brooks in “Drive,” Corey Stoll in “Midnight in Paris,” Kenneth Branagh in “My Week with Marilyn,” Jeremy Irvine in “War Horse,” Jonah Hill in “Moneyball,” and the extremely popular Christopher Plummer in “Beginners.”