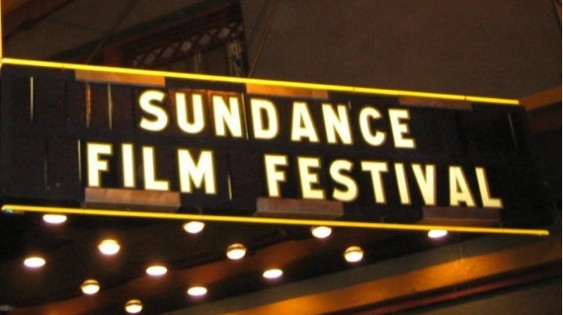 The Sundance Film Festival has announced 13 premieres for this year’s festival, which begins January 19, 2012. Big stars like Bruce Willis, Susan Sarandon, Richard Gere. Chris Rock, and Spike Lee all figure prominently. Sundance regular Parker Posey, one of our favorite people is starring in a new film. A couple of films I knew were going–and had to sit on the news. “Arbitrage” is high on the must see list, especially because of director Nick Jarecki. And in documentaries, everyone’s excited to see Joe Berlinger‘s “Graceland” anniversary film with Paul Simon. Berlinger, however, is probably not thrilled to see Amy Berg’s Peter Jackson-funded West Memphis 3 film–and I’m surprised Sundance took it, given that Berlinger has already made three excellent films on the subject. But he’s already moved on to new things. Also Rory Kennedy has made a film about her mother, Ethel Kennedy. I’m sure this will be the topic of discussion at tonight’s Robert F. Kennedy Foundation dinner.

Lay the Favorite – Directed by Stephen Frears, written by D.V. DeVincentis. A young woman gets involved with a group of geeky older men who have figured out how to get rich in Vegas. With Bruce Willis, Catherine Zeta-Jones, Rebecca Hall.

Red Lights – Directed by Rodrigo Cortes. A psychologist and her assistant with an interest in paranormal activity find themselves investigating a world-renowned psychic. With Cillian Murphy, Sigourney Weaver, Robert De Niro, Elizabeth Olsen and Toby Jones.

The eight world premieres in this section are from the U.S. unless otherwise noted.

About Face – Directed by Timothy Greenfield-Sanders. Explores issues of beauty and aging through supermodels’ stories.

Bones Brigade: An Autobiography – Directed by Stacy Peralta. Examines the lives off six teenage boys who formed a skateboarding team in the 1980s.

The D Word: Understanding Dyslexia – Directed by James Redford. Follows a dyslexic high school senior struggling to get into a competitive college.

Ethel – Directed by Rory Kennedy. An intimate portrait of Ethel Kennedy, specifically her years with and later without her husband, Robert F. Kennedy.

A Fierce Green Fire – Directed by Mark Kitchell. Etches a history of the environmental movement from the 1960s to the present.

Something From Nothing: The Art of Rap (U.K.) – Directed by Ice-T, co-directed by Andy Baybutt. Traces the roots and history of rap through interviews with some of its most influential practitioners.

Untitled Paul Simon Project – Directed by Joe Berlinger. Follows Simon back to South Africa to explore the musical and political legacy of his “Graceland” album.