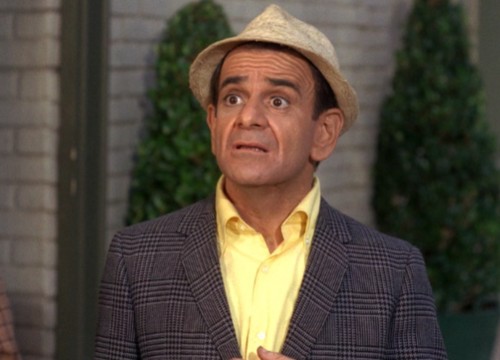 Comic actor Sid Melton, who played Danny Thomas’s fictional pal, club owner and manager Charley Halper on “Make Room for Daddy,” has died at age 94. It was Charley was constantly, and humorously, schlepping for Danny through his several TV shows from 1959 to 1971. He was just great, and terribly underrated. Melton had a ton of other credits including Green Acres, The Golden Girls,  Peter Gunn, Gomer Pyle, U.S.M.C., The Munsters, Love American Style, Hunter, Empty Nest and Dave’s World.

Here’s a clip from Green Acres. Sid comes in at around 8:10. If anyone has a clip from the Danny Thomas shows, let me know.