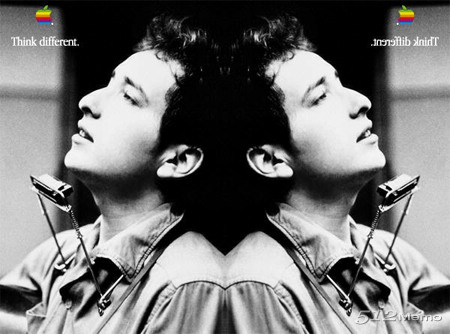 Jobs told Isaacson: “We sat on the patio outside his room and talked for two hours. I was really nervous, because he was one of my heroes. And I was also afraid that he wouldn’t be really smart anymore, that he’d be a caricature of himself, like happens to a lot of people. But I was delighted. He was as sharp as a tack. He was everything I’d hoped. He was really open and honest. He was just telling me about his life and about writing his songs. He said, “They just came through me, it wasn’t like I was having to compose them. That doesn’t happen anymore, I just can’t write them that way anymore.” Then he paused and said to me with his raspy voice and little smile, “But I still can sing them.”