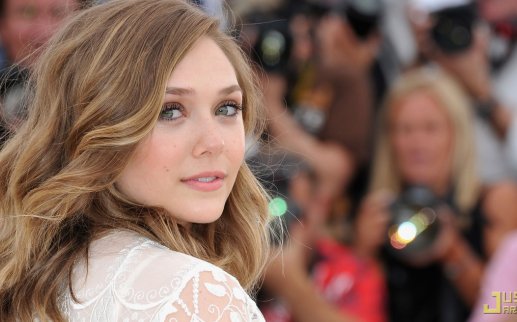 If Jennifer Lawrence‘s Oscar nomination last season for “Winter’s Bone” is any indication, Lizzie Olsen is headed for one this year. Olsen, the younger sister of Mary Kate and Ashley Olsen, debuted last night at long last in “Martha Marcy May Marlene.” The title is a mouthful, but this dark indie drama by Sean Durkin is a winner even more so than I remembered it from Sundance. Olsen is a revelation, quite captivating the audience with her natural acting style. This time around, too, the performances of Sarah Paulson, Hugh Dancy, and John Hawkes were more evident, too. The whole film is a gem. Kudos too to lesser role holders Alan McCullough, Brady Corbett and Maria Dizzia. At the premiere, director Durkin, who grew up in New York, recalled getting shooed off the steps of Lincoln Center for skating around illegally. Now he has a feature in the New York Film Festival–and made for less than a million dollars. At the after party at the Empire Hotel rooftop, the Olsen twins huddled with their sister, who could be their triplet. Elizabeth aka Lizzie is the breakthrough actress of the year. What’s she doing next? “Finishing NYU,” the level headed 22 year old told me. She also co-stars with no less than Jane Fonda in the upcoming, “Peace, Love and Misunderstanding.”