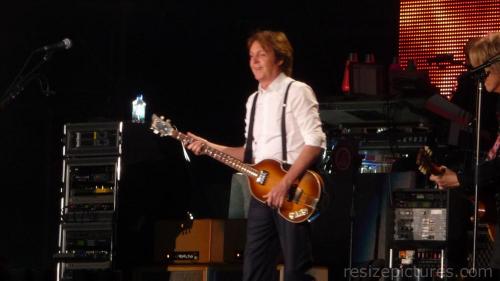 Paul McCartney has finally agreed to accept the MusiCares Person of the Year award. The prestigious award entails the big gala on the Friday night of Grammy weekend in February. McCartney was offered the award long ago but finally has time on his schedule. He follows last year’s honoree, Barbra Streisand. For Person of the Year, the artist chooses a bunch of performers to sing his/her songs. The honoree also usually puts on his own show. So this year’s gala should be the biggest ever. MusiCares is in the middle of a big campaign to bring in music fans from all over. Go to www.musicares.org to read more about it.