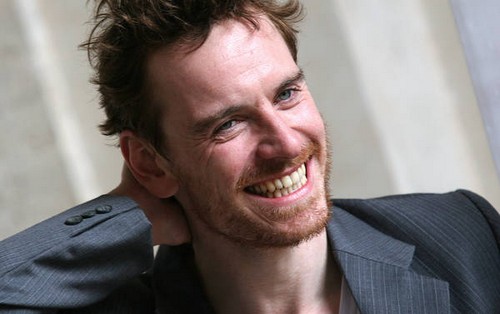 Two big movies at the Toronto Film Festival: “Shame” starring Michael Fassbender and Carey Mulligan; and “Albert Nobbs,” with Glenn Close and Janet McTeer. Full frontal nudity for everyone! Fassbender goes the full monty a few times, also masturbates, and gets orally satisfied in a gay bar. “Shame” is from English director Steve McQueen (whose parents obviously were not “Bullit” fans.)

Fox Searchlight picked it up, and it’s going to be NC-17 because while it’s not exactly titillating, it is full of graphic sex. Fassbender goes on the shortlist for Best Actor, Mulligan for Best Supporting Actress. The film and director are serious contenders for awards, too. This is a film about a sex and porn addict who is unrepentant. You will not be watching this movie with your parents or your kids. But it is riveting. Fassbender is the new “it” guy. He is also here with David Cronenberg’s “A Dangerous Method.” He’s suave, handsome, sexy and smart. Go back and watch him in “Inglourious Basterds.” He’s part of the famous bar scene.

Director McQueen told me the other night that he will cut any part of this film to get an R rating. Not the three way sex, the gay sex, the self pleasuring, the prostitute, Mulligan and Fassbender–as brother and sister–naked on top of each other or Mulligan quite bloody. So this will be problematic as newspapers and TV will not take ads for NC-17 movies.

Meanwhile, Glenn Close will get her Oscar nod for “Albert Nobbs” and McTeer as Supporting Actress. They make Rodrigo Garcia’s film about a woman disguised as a man working in turn of the century Irish hotel totally believable. “Albert Nobbs” was a surprise at its premiere. I don’t think anyone had great hopes for it. But Close has worked on bringing it to the screen forever. And now it’s a gem, a sparkling gem. Glenn told me at the premiere that she’d studied Charlie Chaplin to pull it off. His spirit definitely informs her characterization. Glenn has five Oscar nominations and no wins. She has a very good chance of finally bringing home a gold statue. She Meryl Streep, Michelle Williams, Viola Davis, and Jennifer Westfeldt are among the early contenders.