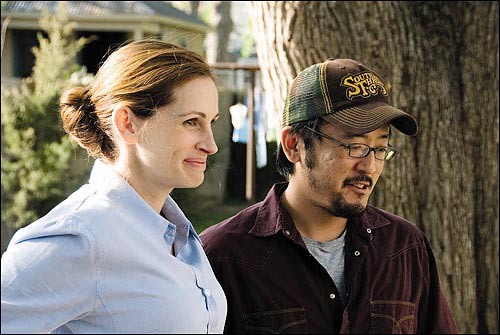 I don’t know why Senator Entertainment has finally exhumed “Fireflies in the Garden,” produced by Julia Roberts. They just announced that after three years, Americans can be exposed to this undercooked and rather dull “family drama.” Robert produced it for husband Danny Moder, who did the cinematography. But otherwise, she’s really not a major player in this minor offering.

“Fireflies” has already been released internationally, making a little over $3 million. It was very popular in places where English is a second language, like Germany and Italy. In the United Kingdom, where the audience could understand what was happening, no one went. I guess the idea now is that Ryan Reynolds, who stars in the film, has built up a following.

I thought by now “Fireflies” would be on DVD. I can’t believe it hasn’t been shown on airplanes and elsewhere. Roberts has not turned out to be a great producer. Earlier this year, her “Jesus Henry Christ” was released to general apathy. As for Senator, I thought they’d gone out of business.