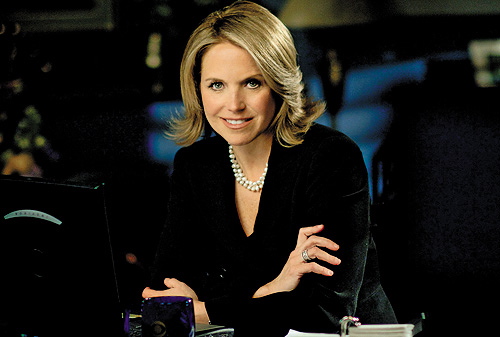 Katie Couric has announced she’s leaving the anchor job at the CBS Evening News. She gave the exclusive announcement to People magazine as part of a deal to promote her new book, “The Best Advice I Ever Got: Lessons from Extraordinary Lives.” She told People: “I have decided to step down from the CBS Evening News. I’m really proud of the talented team on the CBS Evening News and the award-winning work we’ve been able to do in the past five years in addition to the reporting I’ve done for 60 Minutes and CBS Sunday Morning. In making the decision to move on, I know the Evening News will be in great hands, but I am excited about the future.” In a couple of weeks Couric will announce her next move, which could be to stay at CBS and do a syndicated show, or go to ABC and do the same thing. Can you imagine Katie, Barbara Walters, and Diane Sawyer all in the same place? Duck!