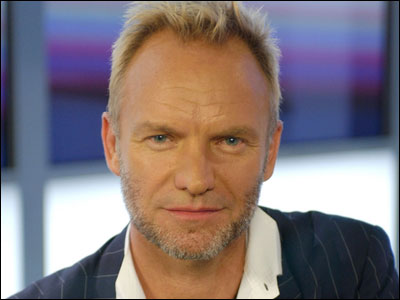 The Time 100 list is out, and it’s full of entertainers, celebrities, and executives from the business. From thoughtful rock stars like Sting and Patti Smith to movie stars Colin Firth and Mark Wahlberg, the list–as usual–also features Oprah Winfrey. It also moves from left to right, with the latter represented by David and Charles Koch. There are more newcomer celebs like Blake Lively and Chris Colfer, as well as comedienne Amy Poehler and pop star Bruno Mars. Facebook is represented by Mark Zuckerberg, but also by the man who produced the movie about him, Scott Rudin. Maybe they’ll seat them at the same table. Justin Bieber, the most overly hyped teen maybe in pop history, is also on the roster, along with someone he might like to meet: Benjamin Netanyahu. There’s President Barack and Michelle Obama and Secretary of State Hillary Clinton. Unlikely to attend Tuesday’s dinner are Wills and Kate, as they’re getting hitched a few days later. The guest everyone would like to sit next to: Julian Assange. Here’s the full list: http://www.time.com/time/specials/packages/completelist/0,29569,2066367,00.html