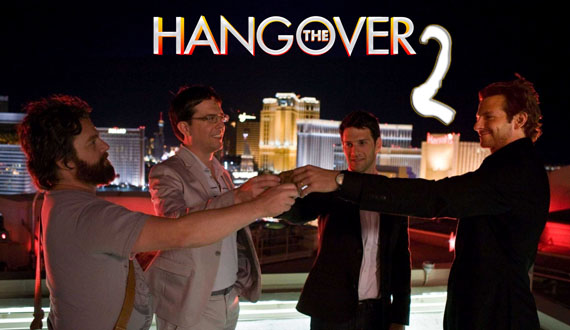 Oh, gee. Suddenly, six days after Warner Bros. uploaded a new trailer for “The Hangover 2,” they make a big announcement that the trailer must be pulled from theaters! It’s too controversial. My hat is off to whoever came up with this plan. Thanks to the so called “scandal,” the trailer has been viewed millions of times on YouTube, reposted everywhere, and turned into an event.

Here it is in case you haven’t seen it: http://www.youtube.com/watch?v=ohF5ZO_zOYU I’m reposting it now, advertising for free! Hello, Warner Bros. (I loved the extra bit about telling distributors to “destroy every copy.” Suckers!)

If there’s something in that trailer that couldn’t have been played in a theater before “The Source Code” or any other film, you tell me. In fact, the trailer looks like a trailer for the original “Hangover” and a half dozen other juvenile, crude, teenage movies. But now it’s cause celebre. Good work, Warner Bros. Everyone fell for it. Now the audience is scouring the internet looking for film trailer, and waiting for a more palatable one, which will launch on April 15th. Get the Oscar ready for marketing and advertising.

In the current, “offensive” trailer, the boys travel to “Thigh-land” — as it is called– for a bachelor party. There’s a monkey involved, and a couple of sexual double entendres. There’s nothing here worse than Ben Stiller with white stuff on his ear from “There’s Something About Mary.” But a fake controversy? Maybe Harvey Weinstein is now head of Warner Bros. marketing. It reeks of his genius at making people curious about a film.