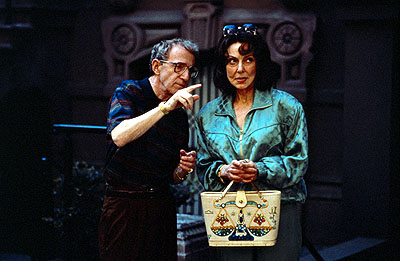 Exclusive: The last time Woody Allen and Elaine May combined forces was about fifteen years ago. They put their one act plays together with another by David Mamet. “Death Defying Acts” ran at the now defunct Variety Arts Theater on Third Avenue and 14th St.

Now I’m told that Woody, Elaine, and this time the Coen Brothers will mount a triple play next fall. Details are sketchy, but I’m told Marlo Thomas will star in the Elaine May play. Even Woody’s publicist doesn’t know the name of his play, and the Coen Brothers — maybe Ethan writing and Joel directing–are like Sphinxes when it comes to information.

Elaine May’s long time producer Julian Schlossberg didn’t return calls, but the word is that he’s putting it all together. Michael Blakemore, who directed all three in 1995, may return before prepping “Rebecca” next winter. More info as it comes. But it’s something to look forward to in September.