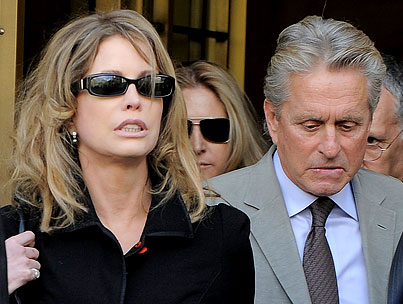 Diandra Douglas fesses up in Harper’s Bazaar what I told you last June, 2010: her steep losses with Ken Starr, as well as with Bernie Madoff, are what forced her to sue ex husband Michael Douglas for “Wall Street 2” proceeds.

On June 30th, I told you that Douglas had been a client of Ken Starr, now in jail and serving 7 years for bilking his celebrity clients. One of them was Douglas. In fact, Starr even pillaged Douglas’s personal foundation. In 2008, the Diandra Morrell Douglas Foundation had almost $1.5 million in total assets. In 2009, the foundation reported $909,000. Consequently. Douglas cut her charitable donations by $100,000 from 2008 to 2009.

Here’s the link to the original story: http://tinyurl.com/6ghwvx6

Diandra’s story is a sad one, especially with Michael. I’ll tell you why. At the April 2010 sentencing of Cameron Douglas, Michael told me he was sorry his ex had been beaten up in the press over Cameron’s situation. He actually was defending Diandra. Two months later she slapped him with the “Wall Street 2” lawsuit.