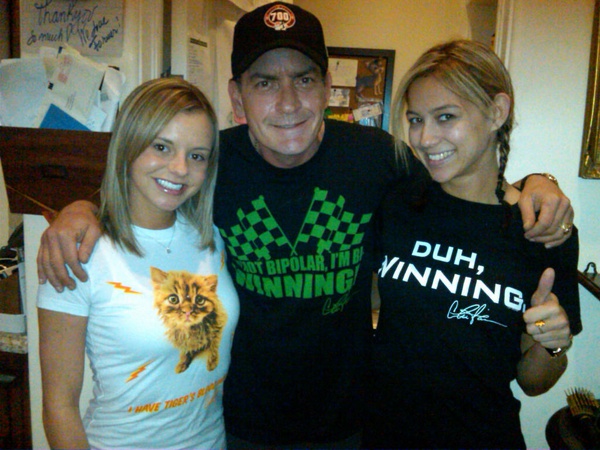 Charlie Sheen--you can’t get enough of him!–has booked April 8th to play Radio City Music Hall. It’s part of his “Violent Torpedo of Truth” tour that starts on April 2nd in Detroit, proceeds to Chicago, and then to several newly added spots including Boston, Cleveland, and suburban Connecticut. The announcement came just a little while ago, right after the world was notified that Rachel Oberlin (aka Bree Olson), Charlie’s other “goddess,” returned to Sober Valley Lodge aka Sheen’s home in Sherman Oaks, California. The porn actress was AWOL in Indiana for a few days. Anyway, what will Charlie’s show be like? Will they sell Tiger’s Blood drinks and warlock fangs? Who knows? The Radio Ciity tickets go on sale on Thursday morning at 11am at ticketmaster.com.