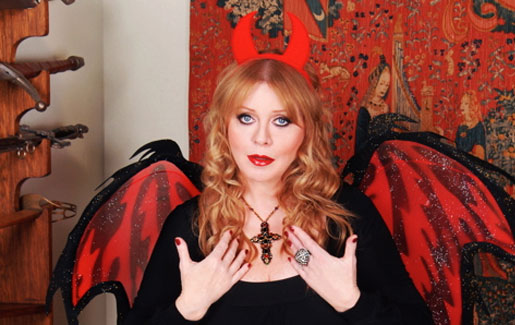 It was about time rocker Bebe Buell made a big announcement. Daughter Liv Tyler is on the comeback trail with several films including “The Ledge,” just bought by IFC. Liv’s dad, Steven Tyler, is getting all judicial on “American Idol.” So Bebe, who has a bestselling memor–“Rebel Heart”–and a hot indie album called “Sugar”–has just been swooped up for management by Wendy Dio, widow of rocker Ronnie James Dio. Wendy is hot as a pistol right now, and also philanthropic: she recently donated $100,000 to the TJ Martell Foundation for cancer research. Wendy has plans to bring Bebe’s band to Europe for a big tour, and start recording a new album soon. Bebe’s band includes her husband, producer and songwriter Jim Walls. Dio is very excited about working with Bebe– she saw her play a couple of times and fell in love. “Bebe is one of the most charismatic performers I’ve ever seen,” Wendy told me. “I can’t wait to unveil her talents to the world.” I can’t either–Wendy has good taste! And if Mick Jagger and Paul McCartney can rock into their 60s, then Bebe should have no problem in her 50s. She was a young mother, after all!