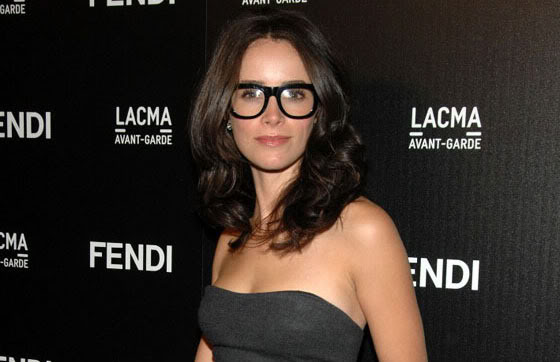 Remember the teacher who Don Draper abandoned in a car outside his house at the end of season three of “Mad Men”?

Well, charming young actress Abigail Spencer does: she’s gotten meaty roles in three movies and sold a pilot to ABC Family after Don left her Miss Farrell (Sally’s teacher) to fend for herself.

Spencer was originally discovered a decade ago by Kathie Lee Gifford in the audience of “Live with Regis and Kathie Lee.” From there she got a three year contract with “All My Children.” The rest is history.

Last night at the exclusive Bulgari fundraising dinner for Paul Haggis’s Artists for Peace and Justice–held at Ron Burkle’s magnificent Beverly Hills estate–Abigail told me that her “Mad Men” episodes led to lots of great things.

“Jon Favreau told me he loved me from Mad Men,” Spencer said, which helped get her into the upcoming “Cowboys and Aliens.” She’s also snagged roles in “This Means War” with Reese Witherspoon and “The Haunting in Georgia.” She’s also a pilot called “Teach” to ABC Family.

The evening –which honored Haggis and “American Idol” creator Simon Fuller–also benefited Save the Children, which was represented by Bill Haber and two Kennedy cousins–brothers Mark and Anthony Shriver. Fuller, who was toasted by Nigel Lythgoe, told the audience he was thrilled with the upcoming season of “AI”–“just to be in the presence of Jennifer Lopez.”