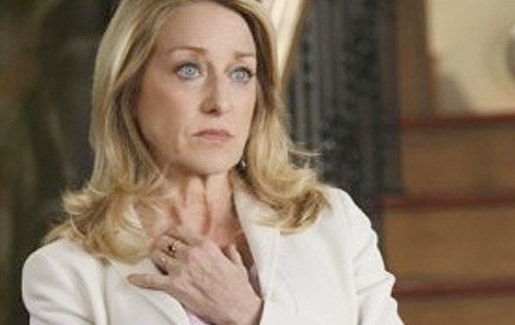 Is it the end for Sally Field’s prime time soap, “Brothers & Sisters”? It sure looks like they’re wrapping up their stories. On Sunday night, Patricia Wettig‘s Holly said goodbye and moved to New York. Holly was the show’s antagonist. Without her, there’s no real story. Wettig made for a great villain. So the party may be over.

“Brothers & Sisters” –the story of rich white people who know how to drink expensive wine, cook well, and are extremely PC–could have been a great soap. When it began, it was all about the family’s produce business in Ojai, California. It was also about the patriarch’s secrets (he was so well played by Tom Skerritt) but killed off in the first episode.

Unfortunately, “B&S” has been a lot of b.s since then–countless writers and show runners, lots of internal fighting, the forcing out of creator Jon Robin Baitz. The show has squandered all of its potential faster than any I can think of in recent history. ABC is still waiting to decide whether to renew it. It’s probably time to say goodbye.

ABC is also vacillating on “Desperate Housewives.” It, too, has run its course, but may survive for lack of a replacement. “DH” was always a show that burned through its stories too quickly. It’s like “Knots Landing” with ADD. Plus, Felicity Huffman has been wasted on ridiculous storylines; her character is always pregnant. The show is still narrated by a character who inexplicably committed suicide in the first season–which was really when the show jumped the shark. No one’s taken it seriously since then.