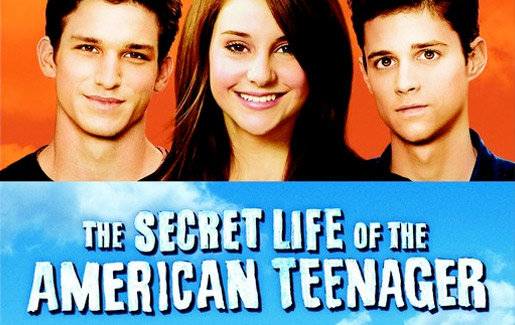 Shonda Rhimes and 10 other cast/crew from her new series “Off the Map” took the stage to preview the series; ensemble cast member Mamie Gummer (daughter of Meryl Streep) discussed putting her burgeoning feature career on hold to join a regular series by saying she was a “Grey’s Anatomy” fan, “so I knew the quality of work would be held to account and be good. The opportunity that it afforded me to live with a character for a long time was a good experience … and Hawaii [where the show will be filmed] wasn’t a bad draw.”

Rhimes — creator of “Grey’s Anatomy” and “Private Practice”–also elaborated a bit more on the just-announced pilot ABC is potentially picking up for her next (which will make her fourth series for the network), noting it will “revolve around the life and work of a professional fixer in Washington, D.C.” She also acknowledged it would likely be a procedural….

…“Pretty Little Liars” is now renewed for a second season; “The Secret Life of the American Teenager” will come back for a fourth, meaning there’ll be plenty of underage, questionable sexual behavior all over ABC Family for at least another season. When queried about the dubious nature of a minor dating her teacher in secret, showrunner I. Marlene King decided to emphasize that it was about them being “soulmates” and that it’s all about “romance” and how you never see her sleeping over. So we’re supposed to believe that, you know, a) this is OK and b) they’re not having sex. Now that’s magical kingdom thinking! And naturally, the show’s one of the network’s most popular (four more books are slated to be written in the series, which started out in book format, which means there’ll be loads of this kind of stuff for years to come)….

…President of ABC Entertainment Group Paul Lee may be relatively new in his slot, but has grand ambitions to put his stamp on the Alphabet, including emphasizing showrunners’ roles in series and possibly expanding to a third night of comedy and venturing sitcoms into the 10pm slot, a place traditionally held by dramas. “I have a twinkle in my eye to build another night of comedy,” he noted.