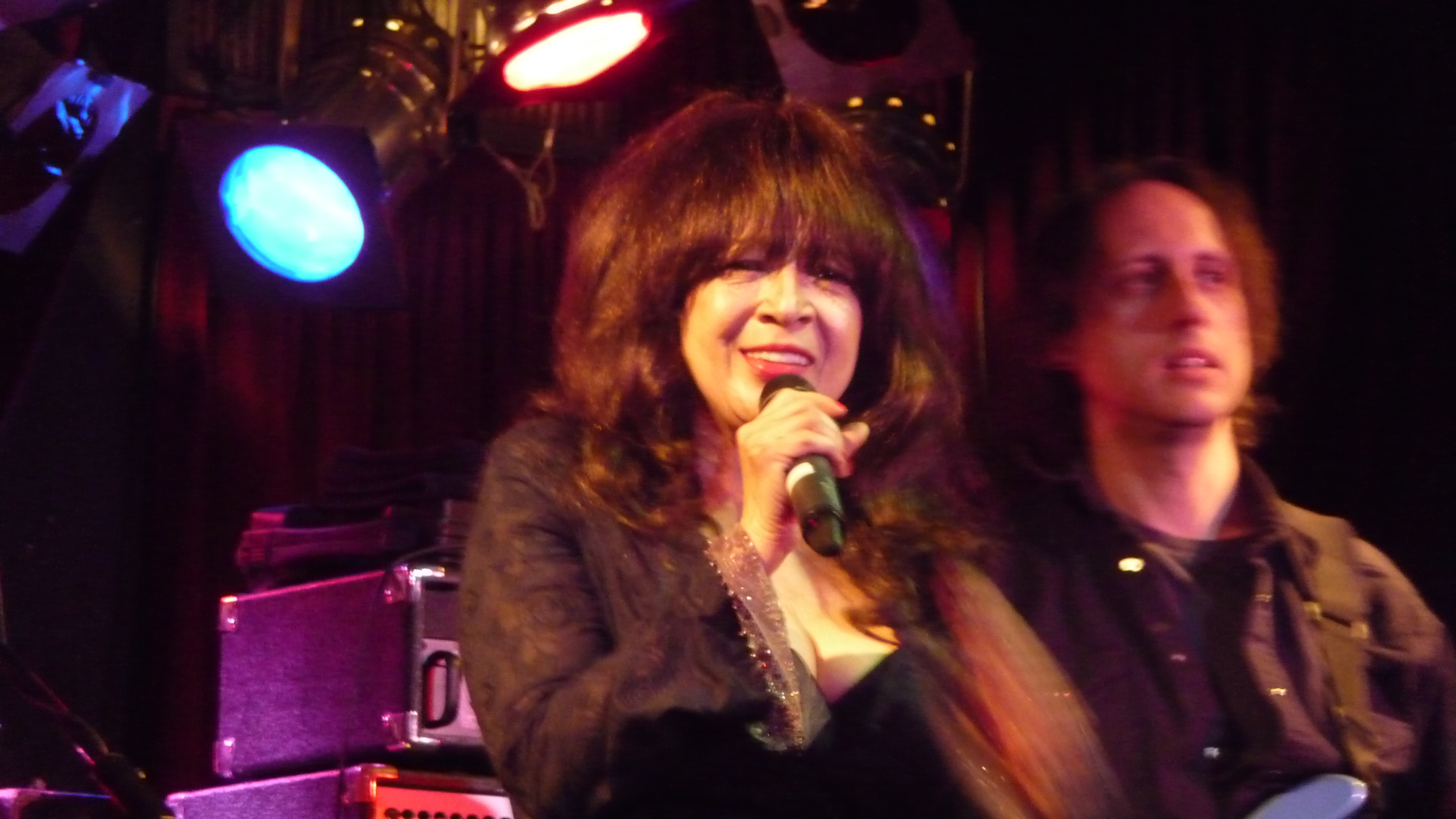 At her 10th annual Christmas show at  BB King’s on 42nd St., Ronnie rocked the house. She was definitely in the “zone” as she and her band put on a sublime nearly two hour show.

Peppered with Christmas hits from her new album and from her Phil Spector days, Ronnie didn’t leave out hits like “Baby I Love You,” “Be My Baby,” and “Walking in the Rain.”

She is in fine form still at age 67, and cute as a button. Her voice, her sound, is a national treasure. Wow. Whoa-oh-oh-oh indeed. When she opens that mouth, a unique musical instrument is presented.

Ronnie did not sing Billy Joel‘s “Say Goodbye to Hollywood.” We were a little disappointed, and told her so backstage in her dressing room. So what did she do? She belted it out right than and there, in front of friends movie producer Diane Sokolow, Woodstock founder Michael Lang, and filmmaker Barbara Kopple–and yours truly. Barbara filmed it for posterity on her IPhone. I’ve died and gone to heaven.

Our Yoda of music, Jim Bessman, will have a complete report from Ronnie Spector and Darlene Love‘s respective Christmas shows at BB King’s on Monday.