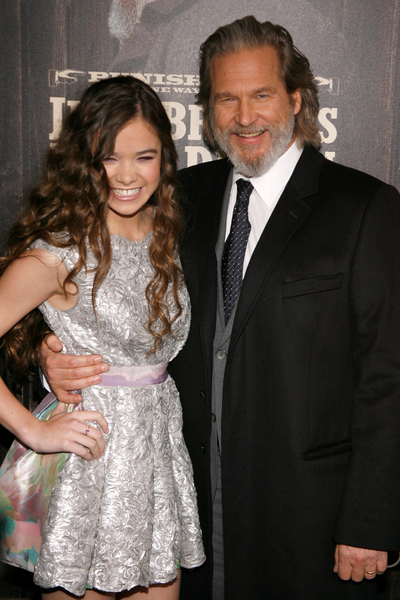 The directors and cast of “True Grit” seem like they weathered their total shut out from the Golden Globes just fine. They had a big all star premiere at the Ziegfeld last night, followed by a grand party that took over the famed Four Seasons restaurant.

Jeff Bridges told me he’s finished the basic tracks for the album this column announced a few weeks ago. Produced by T Bone Burnett, with lots of guest stars, it should come out  on Blue Note Records early next spring.

For a while, Jeff huddled at the Four Seasons with Owen Wilson and Joel Coen. Meantime Paramount heavyweights Brad Grey and Phillippe Dauman are pretty pleased they’ve got two hats in the Oscar ring–“True Grit” and “The Fighter.”

Tonight, Paramount and Universal share the spotlight on “Little Fockers,” set to be the big commercial movie of the Christmas season.