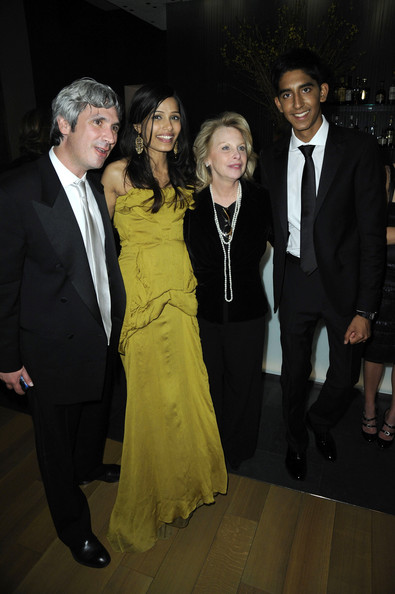 In the last couple of hours all I’ve done is listen to people on the phone crying. Our friend–everyone’s friend–Hollywood publicist Ronni Chasen was brutally murdered last night in Beverly Hills. It seems like it was a car jacking but there are a lot of questions. She was shot, according to the police, five times in her Mercedes at the corner of Sunset and Whittier. If you don’t know the area, that corner at 12 midnight is desolate. It’s really the suburbs. Ronni was on her way home from the “Burlesque” premiere in Hollywood.

The shocking part of it is that Ronni was one of those rare people in Hollywood who everyone liked and admired, and many loved. She was so hard working, and so earnest, and loved what she did who she represented. The last few years at her own agency, Ronni and her associate Jeff Sanderson did a wonderful job promoting the composers of soundtracks for films. This year, she was also working with Michael Douglas and on a couple of films for Best Picture. But mainly she was busy touting the likes of Alexandre Desplat or Hans Zimmer. They’d never gotten so much attention before Ronni got to them.

What’s happened is a tragedy and a shock. We all accept random violence when we see it on the news. But when it’s one of your own, it’s unfathomable. Ronni, your family has endured a great loss. But your other family has too. You will be sorely missed.

Pictured: that’s Ronni in between Dev Patel and Freida Pinto, from working on “Slumdog Millionaire.” Jeff Sanderson is at left.