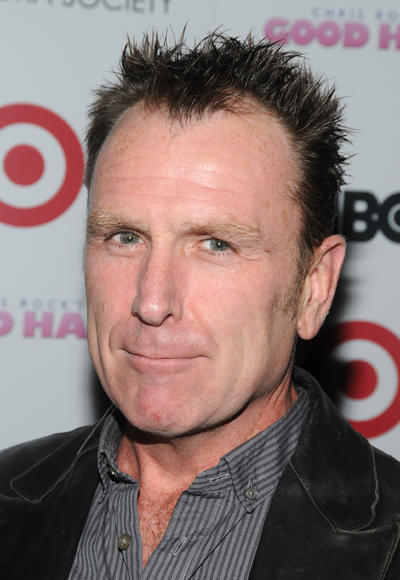 Colin Quinn‘s “Long Story Short” could be longer, but it’s just fine the way it is.

His pal Jerry Seinfeld has directed him on a simple stage–of levels, just like Kramer wanted to put in his apartment years ago.

Quinn returned toBroadway last night (he was last here in 1998 with a one man show called “An Irish Wake”) with this one man show that consists of funny bits telling the history of the world. For an hour an fifteen minutes you can’t stop laughing, and often applauding, as Quinn explains the Roman Empire, the relationship between France and England, the stories of China and Russia, and how America fits into all of this.

Unlike “Seinfeld,” it’s a show about something. Quinn has clever video backdrops, too, especially a sort of GPS-slash Google Earth for ancient Greece. Quinn’s comedy is observational, like Seinfeld’s, but in this presentation it’s also very focused. Seinfeld has also possibly polished Quinn up a bit: the subject matter and its delivery are sophisticated but never vulgar. The most used ‘f’ word is France.

I was thrilled to run into Michael Richards, aka Kramer, who came to support Jerry. We all know Richards has had a tough time the last couple of years. But he’s a nice guy, and we’ve always had pleasant conversations. What’s he up to? “Just doing a lot of photography,” he said. He’s not ready to publish it any of it. It’s just for his own enjoyment. I hope we see him back on film or TV soon.

As for Colin Quinn: don’t miss him. And Jerry Seinfeld should think about directing more shows like this.