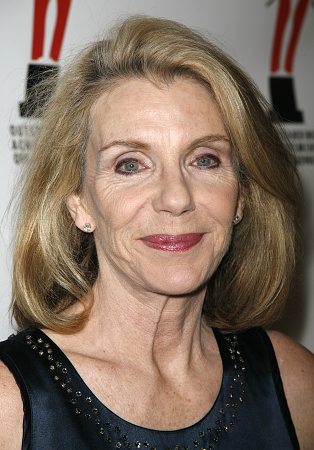 Jill Clayburgh, who really transcended the culture and made an everlasting impression in the 1978 movie “An Unmarried Woman,” died today at age 66.

Clayburgh was married to playwright David Rabe. Among her children is actress Lily Rabe, currently on Broadway with Al Pacino in “The Merchant of Venice.” Earlier this week, Lily Rabe took a break from the play, right before its opening, saying she had a family emergency. This was it.

What a terrible shame. Clayburgh was a lovely person and a tremendously talented actress. Ironically, she’d once played another actress who died too soon of cancer, and another Jill, Jill Ireland, wife of Charles Bronson, in a TV movie.

But Clayburgh had a hot run in movies from around 1976 to 1982 that included Paul Mazursky‘s great film, “An Unmarried Woman,” as well as starring with Burt Reynolds and Candice Bergen in “Starting Over,” in “Silver Streak,” with Richard Pryor and Gene Wilder, and “It’s My Turn” with Michael Douglas and Charles Grodin. Clayburgh played the ultimate emerging woman of the 70s: brainy and sexy. She was both in every part she played. Long before Sandra Day O’Connor made it to the Supreme Court, Clayburgh played the first female Supreme Court justice in “First Monday in October.” And she was valium addicted Barbara Gordon in the memoir, “I’m Dancing as Fast As I Can.”

She had back to back Oscar nominations in 1979 and 1980, respectively for “An Unmarried Woman” and “Starting Over.”

PS Clayburgh, Rabe and Pacino were lifelong friends. Clayburgh and Pacino appeared together in an episode of a 60s TV show, “NYPD.” Pacino starred in Rabe’s plays, including  “Streamers” and “The Basic Training of Pavlo Hummel.”

This is a big loss for her family, friends, and the movie and theater world. Jill Clayburgh will be missed.