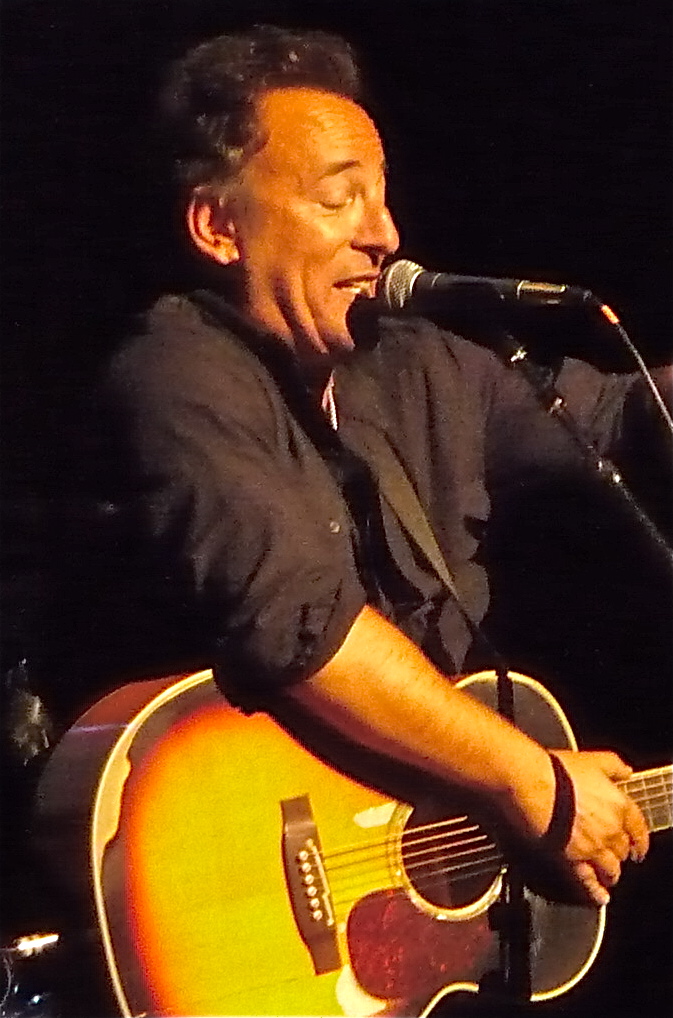 Bruce Springsteen knows one dirty joke. He told it two years ago at Bob and Lee Woodruff’s tribute to returning soldiers. (The show was live streamed to soldiers in Iraq and Afghanistan.) He told it again last night. I can’t repeat it here, but it works.

But mostly Bruce rocked the Beacon Theater last night, with the Max Weinberg Big Band behind him. They did three songs — “Open All Night,” a duet with Mrs. S–Patti Scialfa, and a major, rocking, spectacular “Kitty’s Back” with something like eight horn players and just sheer wildness.

But nothing was wilder than Cristina Carlino, the woman who started Philosophy (soaps, fragrances) bidding a winning $140,000 for the guitar Springsteen used during the show. Even Bruce was a little shocked. “It’s my cheapest guitar,” he said. Carlino says she’s a songwriter, so the guitar will come in handy.

Meantime, the whole “Stand Up for Heroes” event last night was a winner, from host Jon Stewart — very funny, all the time– to Tony Bennett’s knockout rendition of “The Best is Yet To Come.” It was legendary Bennett at his best.

And then there was Jerry Seinfeld. After TV’s Joel McHale did a short riff on his notoriously cheap father, then Bill Blur did an inappropriate and dark segment on why women deserve to be hit. (I’m not kidding.) It was funny, yeah, but in questionable taste.

Thank goodness for Seinfeld. He’s the king, the Pro. His 20 to 25 minute set was sheer genius, mixing some old material with new. Among his subjects: cell phones and what goes on in men’s rooms. It was a set about nothing, and everything.

This is the fourth year that Caroline Hirsch and Andrew Fox, of Caroline’s Comedy Club, have produced the Woodruffs’ show. Stand Up for Heroes, which raised around $3 million last night, back returning veterans, especially those with disabilities. In the audience last night: General George Casey, chief of staff of the Unites States Army; and General Peter Chiarelli, the Vice Chief of Staff, as well as Woodruff pals Brian Williams and Campbell Brown.

Joel McHale: “Snooki is like an Oompa Loompa dipped in toner.”