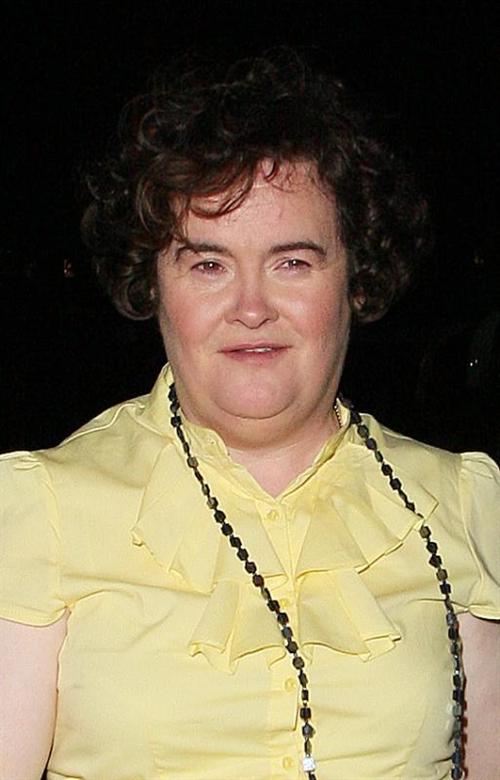 Susan Boyle, who is famous and popular for reasons I cannot fathom, has been in a brouhaha with Lou Reed all month.

The backstory: on September 9th, Boyle says she wasn’t allowed to perform Reed’s song “Perfect Day” on Simon Cowell‘s “Britain’s Got Talent” TV show. The story went that Reed said no before the taping, and that Boyle returned to the UK “in tears” because she didn’t know any other songs.

I mean, really: newsfeed editors are just lemmings to pick this stuff up and repeat it. Does it even make sense? Boyle “in tears”? Didn’t know any other songs? Simon Cowell making proclamations against Reed. Reed even caring about this stuff? Bollocks.

Anyway, so guess what? “Perfect Day” is the lead single from Boyle’s album, due November 9th, called “The Gift.” Surprise! Cowell, mastermind of publicity, manages and owns Boyle. The whole controversy was concocted. It’s not like the “Perfect Day” track hadn’t been recorded and scheduled for the album before September 9th.

I love all the web-wags saying Reed “stood up” or “wouldn’t sell out.” Lou Reed stands to make a fortune with Boyle warbling his tune. Believe me, he’ll take the money.

What’s so strange about this is why Boyle chose “Perfect Day” in the first place. It was on Reed’s famous 1972 album, “Transformer.” I always thought it was about getting high and wandering around a zoo.