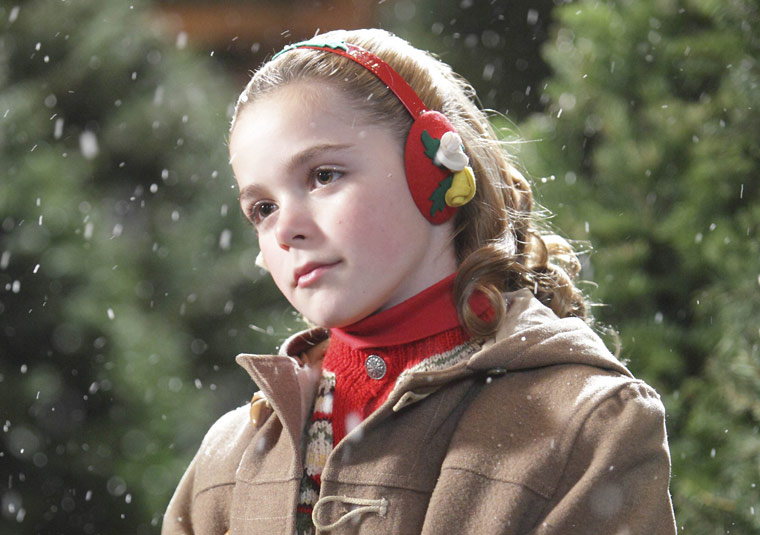 Catching up with the last couple of episodes of “Mad Men”: last night Sally Draper came to town. Is it a coincidence that she’s dressing and acting like her mother? The worst part is that no one–not even Don–is listening to her. Hey, it’s 1965. Parents weren’t this out of touch unless they were really, really bad parents. The Drapers are beyond. Of course, while Don is just clueless, Betty is mean. “You see how much fun it is to take care of her,” Betty says. Things are only going to get worse.

The death of Blankenship was a blow. I suppose she was becoming too much of a comic go-to. But still. Don had the best line of the night: “I’d ask my secretary to do it, but she’s dead.” Meanwhile, Slattery just fires off the quips, and they’re all good. The reunion of Joan and Roger was long in the making. Guessing from next week’s promo that something has happened to Joan’s awful husband. Good riddance.

And still the gang cavorts around old New York. Last week it was Barbetta’s (still open in the theatre district). This week, P.J. Clarke’s. It’s more fun when the places are far in the past. I don’t know which deli Roger and Joan had their cheesecake in. No menus.

And then there’s Peggy, still trying on her race relations hat, maybe waking up to what’s happening around her. No  one else in the show seems vaguely aware of the Civil Rights Movement. Peggy and Joan are each ready for Women’s Lib. It can’t get there soon enough.

And what of Don and Dr. Faye? Will he keep the Dick Whitman secret from her, too, or ‘fess up? I was rooting for Dr. Miller to exert her psychiatry skills on Sally. But she seemed clueless, too. Her degree must just be in tight sweater sets and focus groups.

Last week, “The Summer Man” was the episode the season. From strains of the Stones’ “Satisfaction”–right year, and Don can’t get no–to the whole business with Henry Francis maybe realizing he’s made a mistake with Betty, the show was perfect. Don’s diary entries have given him a new gravitas. Kudos to my old pal Lisa Albert who wrote the episode with Janet Leahy and Matt Weiner. That’s an Emmy right there.