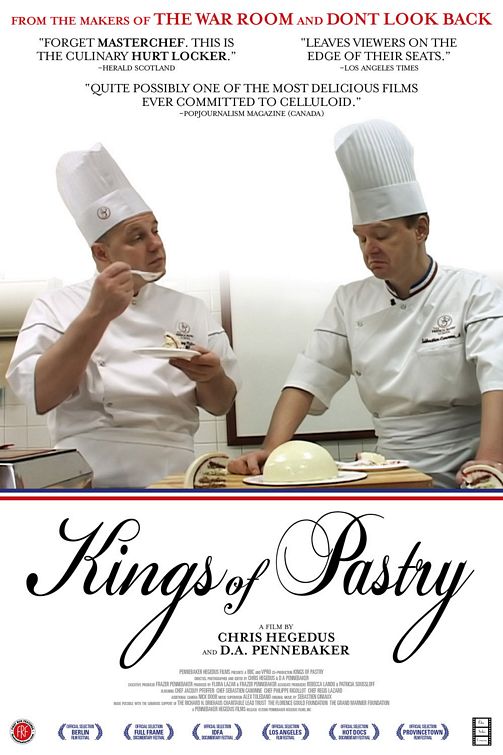 It’s Yom Kippur, so this is the last post here until Sunday morning.

In the meantime, there are are plenty of movies to see this weekend.

If you live in New York, get over to Film Forum to see Chris Hegedus and DA Pennebaker’s “Kings of Pastry.” If you’re a foodie, a fan of Food Network shows or Top Chef, this movie is for you. It’s a hilarious look at a real competition among pastry chefs in France. After seeing it, you will want to head right over to Veneiro’s on First Avenue and gorge on high sugar delights.

Also this weekend: Ben Affleck directed “The Town.” Ben is becoming the Sidney Lumet of Boston, which is a good thing. The movie co-stars Jeremy Renner and Jon Hamm, who’s breaking out of his “Mad Men” character.

Romantic and moody: the thriller “Never Let Me Go” with Carey Mulligan, Andrew Garfield, and Keira Knightley is based on the novel by Kazou Ishiguro, who wrote “Remains of the Day.” A big hit last week in Toronto, “Never Let Me Go” is directed by Mark Romanek, who did “One Hour Photo.”

There’s also Philip Seymour Hoffman’s “Jack Goes Boating,” which the actor directed from the play. The film opened at Sundance this year, and it’s terrific. And “Catfish” is a documentary-like feature thriller that Bret Ratner got behind. He’s now one of the producers. I don’t want to give it away. Just go.

And see you Sunday, after all the sins have been purged, and we’re ready to start with a new slate!