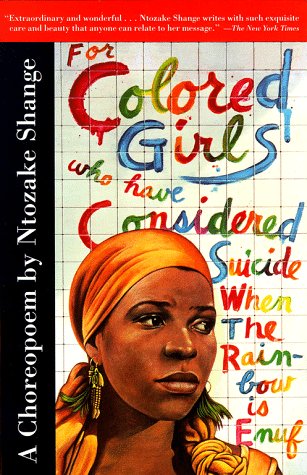 Tyler Perry is making an Oscar run on November 5th with his much anticipated “For Colored Girls Who Have Considered Suicide/When the Rainbow is Enuf.”

There are plenty of other big names, like Whoopi Goldberg, in what could be the “Precious” of 2010.

This was the film Mariah Carey had to drop out of last spring. You can see why now.

Nevertheless, this is Tyler Perry’s first attempt to try and get into the Oscar race. The question is will critics and awards voters treat this movie as they did “Dreamgirls” and “Precious.” Last year, the National Board of Review ignored “Precious.” It went on to get 6 Oscar nominations. “Dreamgirls” produced only an Oscar win for Jennifer Hudson, and no other key nominations.

“For Colored Girls” is based on the play by Ntozake Shange. It’s been in development for more than 30 years. The play opened on Broadway in September 1976 and played 742 performances. I just hope the film’s ads and one sheets retain the gorgeous iconic poster from the play. It’s a classic.