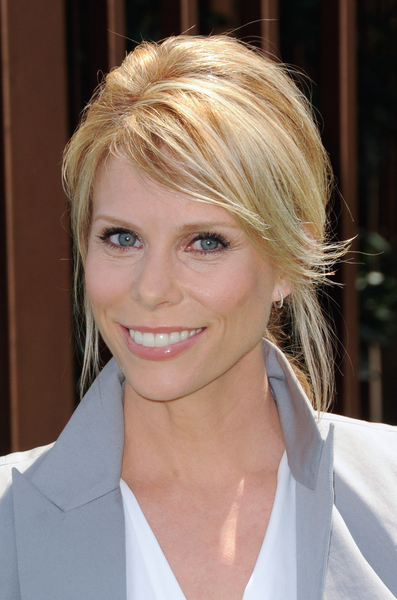 A little sleep 48 hours after the Emmy Awards and we can look back with relief.

Best Official Party goes to HBO, of course. As usual they tent and decorate the entire Pacific Design Center to a fare-thee-well. It’s a magnificent spectacle. There were go go belly dancers perched about 30 feet in the air. There was also a great deejay set up beneath them, with a crowded dance floor.

But the big story at the HBO party is that Cheryl Hines, one of our faves, is only in a couple of the new episodes of “Curb Your Enthusiasm.” I don’t know whether Larry and Cheryl remarry, reconcile, or go their separate ways. But one of Hines’s pals mentioned at the party that the actress Cheryl didn’t film in New York with Larry David. Most of the new season is set in New York. That’s a head scratcher since Hines is listed on the imdb.com in all ten new episodes for 2011. We’ll have to wait and see.

Further into the PDC, you had the crowd, full of A listers. Alexander Skaarsgard from “True Blood” just had a crowd of women around him ten deep. You’d think he was giving away samples of something!

The rest of the Blood crowd was there, along with Thomas Jane–walking around barefoot–the star of “Hung.” You know what they say about a man’s feet, and I guess he was trying to prove the point.

Claire Danes was showing off her Emmy for playing Temple Grandin, and husband Hugh Dancy was there to support her. They are a lovely young couple, very polite and engaged. The Dancy’s were hosting Temple and her mom, as well as Julia Ormond. Julia and Claire had fun taking pictures with the film’s screenwriter, Merritt Johnson, kissing him on each cheek.

Lastly one lament from Mary Kay Place. This could be her last time nominated for “Big Love.” She’s always been a Special Guest Star. But this new season she’s been added to the permanent cast. “There are too many great supporting actresses already.” Mary Kay sighed. But she loves being a big part of “Big Love.” Congrats.