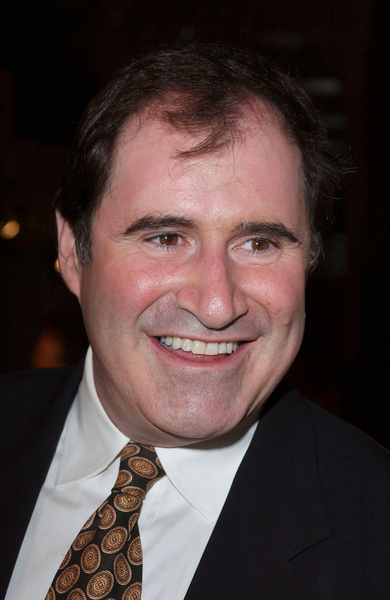 Richard Kind is one of those actors who you love but maybe you can’t remember his name.

That seems to be the problem for Larry David. Kind has been sensational on “Curb Your Enthusiasm” playing Larry’s golf buddy/cousin. His character on the show actually lived in New York.

So when David decided to tape “Curb” in New York this spring, everyone assumed he’d call Kind and include the character Cousin Andy, who’s appeared in four episodes since the series debuted in 2002. His most recent was last season, in a memorable episode.

However: no Larry. No call. And as it turns out, it doesn’t matter. Kind — who won raves for playing looney Uncle Arthur last year in the Coen Brothers’ “A Simple Man,” is doing great. He’s co-starring with Dustin Hoffman in HBO’s “Luck,” a new series about horse racing. “Luck” is said to be a huge hit coming fast.

Meanwhile, besides three movies in the can, Kind can be seen hilariously leading a great cast this month in David Mamet’s “Romance” at the Bay Street Theatre in Sag Harbor. His co-stars include Darrell Hammond, Reg Rogers, Matt McGrath, Chris Bauer, and Joey Slotnick.

Kind–whom you also know from “Spin City” and “Mad About You”–could not be better, funnier, or more beautifully over the top as the pill popping judge in a truly kangaroo courtroom.

But it’s David Mamet, so be prepared for an onslaught of four letter words and racial epithets that could make your hair stand up. At one performance last week, Richard says, a woman actually stood up during the show, said loudly, “That’s enough!” and exited the tiny theater with a bang!

“Another woman tried to follow her,” Kind told me last night. “But she was persuaded by her friends to say. And she said afterwards how much she liked it.”

Off Broadway producers would be wise to go see “Romance” ASAP– it’s got the potential to be a moneymaker in New York. For now, though, it’s sold out for most of its run. And in the audience was famed agent Boaty Boatwright, so you never know what will happen…

As for Larry David and “Curbed,” we’ll have to hope that the show goes to another season so we can see Cousin Andy again!