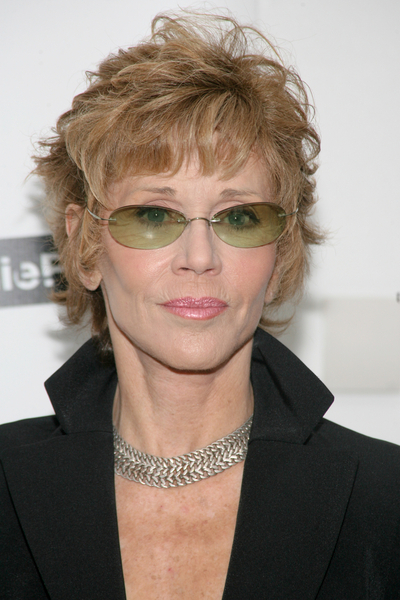 “The Tillman Story,” directed by Amir Bar-Lev, is infuriating and incendiary as it recounts how Tillman, handsome and popular, a a gifted football player, was killed by friendly fire — American soldiers– in Afghanistan. Then the Army and the Bush adminstration covered it all up and lied to the Tillman family over and over again.

The whole saga, still unresolved thanks to an idiotic Congressional hearing, is reminiscent of C.D.B. Bryan’s famous non fiction work, “Friendly Fire,” from the 1970s. History just repeats itself.

Sensational Fonda, who’s shooting Bruce Beresford’s “Peace, Love and Misunderstanding” with Catherine Keener in upstate New York, had a day off and wanted to see how well “The Tillman Story” turned out. Her only misgiving? “That there was no resolution,” she said. Director Bar-Lev did tell her that the names of the five men who shot Tillman to death so thoroughly that his head was blown off–you read that right–are known, but he decided not include them since they won’t be prosecuted.

This is a must-see movie if ever there was one.

Over dinner at Michael’s, Fonda told Brolin and a few of us a funny story about meeting Henry Kissinger once on an elevator at Yankee Stadium. The Yankees were playing the Atlanta Braves, owned by her then husband Ted Turner. As the doors closed on Ted, Jane, Henry and Nancy Kissinger, Fonda quipped, “Well I see we’re still on opposite sides.”

PS By coincidence, Fonda got to meet Kyle Machlachlan. He joins the cast of “Peace, Love” next week just as Fonda wraps her role. Kyle plays Keener’s ex husband.

And where is Jane’s beau, famed record producer Richard Perry? Answer: finishing up Rod Stewart‘s new album for Clive Davis, in Los Angeles. It will be released around Thanksgiving and is said to be a knockout. A decade ago it was Perry who thought up the concept of Rod sings the standards. The rest is multi-platinum history.