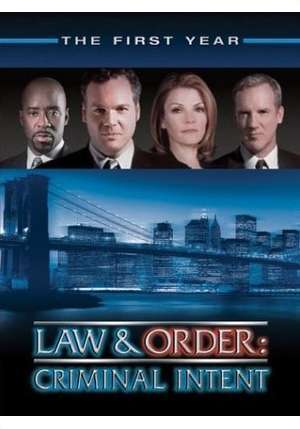 Jeff Goldblum has quit “Law & Order: Criminal Intent.” You may recall reading here first that Wolf fired Vincent D’Onofrio, Kathryn Erbe and Eric Bogosian from the show, thinking that Goldblum would carry the whole show. In his first season he shared the shows with D’Onofrio and co. But this season, he’s been on his own.

When I first reported the firings, the emails came in from viewers in avalanches. They didn’t like Goldblum’s character and wanted the D’Onofrio team back. Of course, Wolf was not perceptive on this score, and killed off Bogosian’s character. Erbe took the whole thing very hard, from what I’ve been told.

So now what? Bring back D’Onofrio and Erbe? Of course, actors will work for money. But these people were really horrified about the way they were treated. It may not be so easy, or cheap, to rehire them.

What can they do about Bogosian? Pretend it was a dream, Bobby Ewing style? (Why not? No one will care.)

And what about Saffron Burrows? I told you in a column several weeks ago that she wasn’t working out. With Goldblum gone, she’s certainly history, too.

Somewhere, Paul Sorvino is getting a kick out of all this, that’s for sure. Michael Moriarty, too.