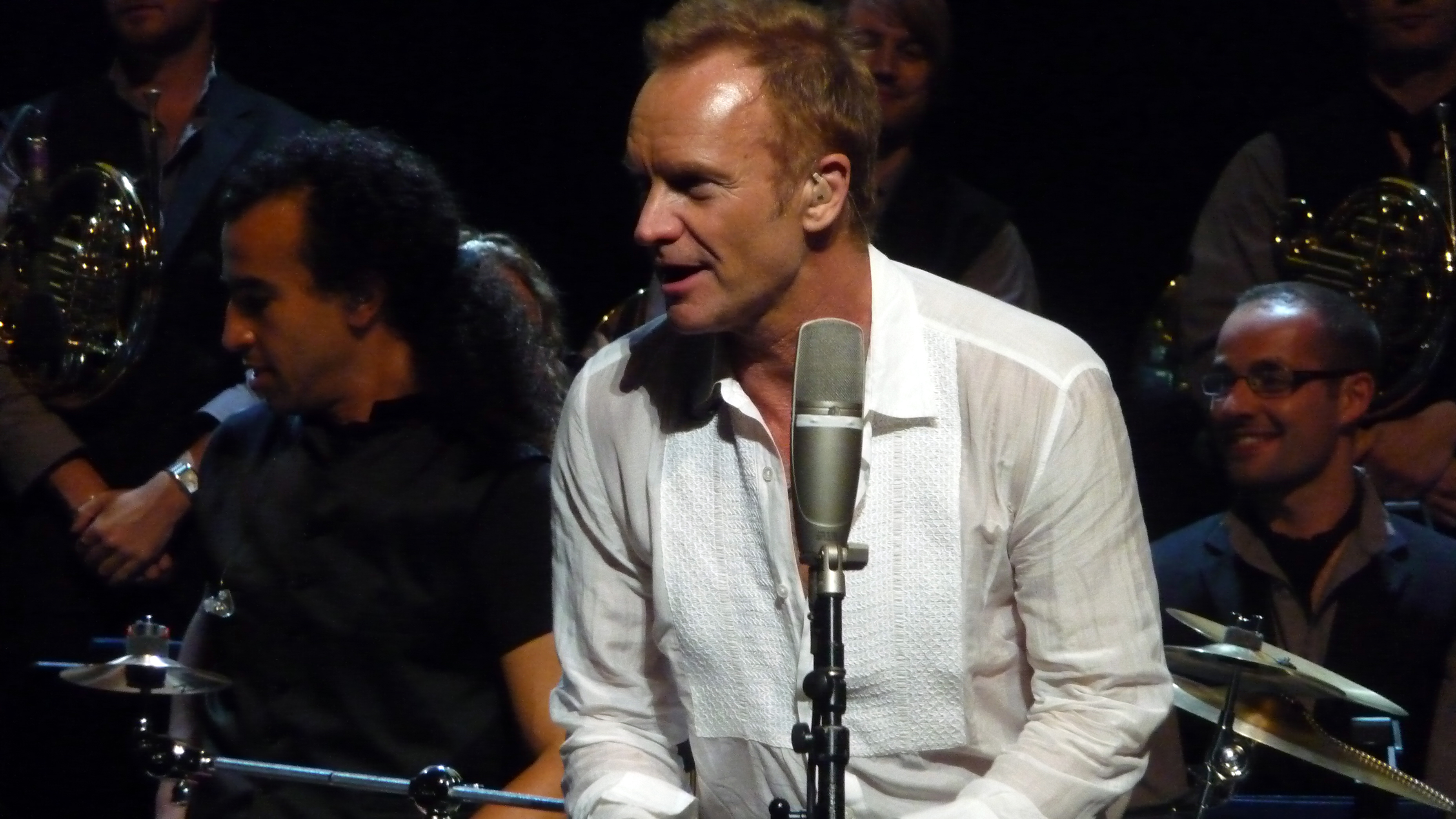 Sting played the Metropolitan Opera House last night with the Royal Philharmonic Orchestra, Branford Marsalis and Dominic Miller. The show was a success and then some.

Afterwards, at a reception on the Grand Tier, a man approached Sting and glamorous wife Trudie Styler (wearing a knockout floor length Valentino gown and an eye popping diamond necklace) and introduced himself as their new neighbor on Central Park West. “I’m Sandy Weill,” said the former head of Citigroup and American Express. The couples exchanged greetings. And then Weill told a story that anyone who doubts the power of celebrity and politics for a good cause will appreciate.

He said,”Your group was very upset with us.” The Police? No, the Rainforest Foundation. “We were doing bad things to the rainforests,” Weill said. Sting and his wife–the color drained from their faces for a second. Then Weill continued: “But we’re working with them now, and we’re doing a lot to help.”

And it’s true, to some degree. In the mid 2000s, after protests against Citigroup by the Rainforest Action Network and other environmental groups, Weill’s corporation made some efforts to improve their policies. They also  donated $100,000 to the RAN. The Rainforest Foundation could use their help, too.

But even the idea of a corporate giant being motivated by Sting’s music and Styler’s politics was a nice cap to a sensational evening. Sting’s reconfiguring of his classic songs, and some — as he said–that were forgotten gems from solo albums–has proven to be a rousing triumph. He bills the show as “Symphonicities”– a play on his “Synchronicity,” symphonies, and the many cities on the tour. But in reality, the show–with over 50 musicians–is more like the best Boston Pops show ever featuring Sting’s music and his richer than ever voice. Who knew that the blond punk king of 1979 would turn out to the showman of 2010? What a lovely surprise.

With guests in the audience like actress Christine Baranski and New York fashion guru Fern Malis, Sting played to an absolutely sold out hall. Starting with the effervescent “If I Ever Lose My Faith in You,” he literally almost bounced around on the stage. The orchestrations and arrangements are all upbeat and joyous, from the show-closing “Fragile”–which he dedicated to the people of the Gulf Coast–to a reworked “Roxanne,” and several songs not heard in a long long time including the James Bond like “Tomorrow We’ll See,” the lush “When We Dance,” and the country western “I Hung My Head,” which has turned out to be the hit of the shows and the accompanying new album.

Now–if only Sting would make a rock album! “I’m not a rock star,” he told me recently. “I came to rock by accident.” Well, then, just an album of new songs, whatever format. Until then, “Symphonicities” is the cool pop star of a hot, miserable summer.