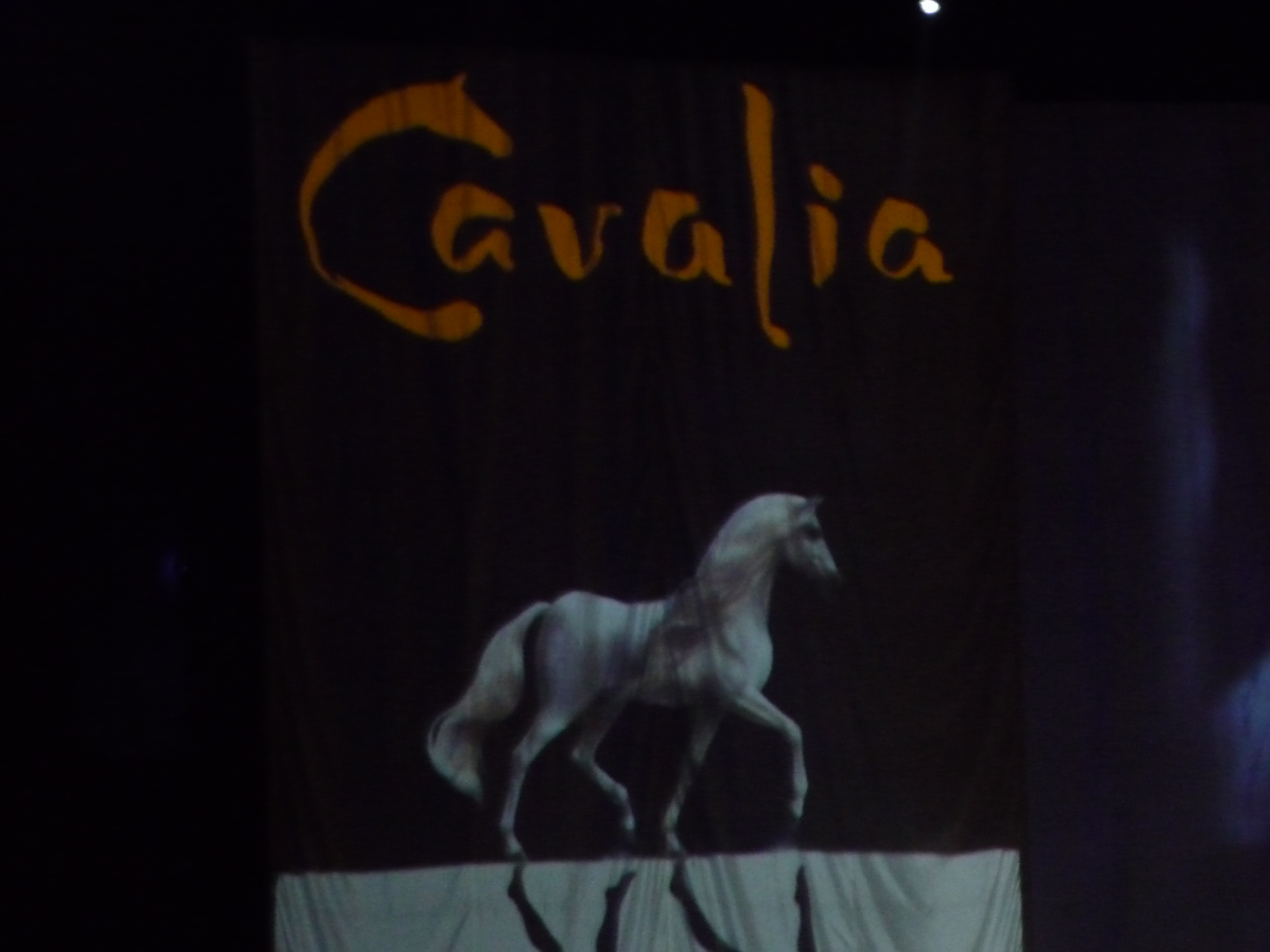 Run–do not walk–maybe gallop over to a series of dreamlike white tents that have planted down in the Meadowlands Sports Center next to the Izod Center. That’s where “Cavalia,” the Cirque du Soleil-like horse pageant opened last night.

:Cavalia” is the brainchild of Normand Latourelle, one of the founders of Cirque du Soleil. He was there in 1988 when Cirque first came to what was then a not totally built Battery Park City. Twenty one years ago Latourelle got the idea to bring dozens (actual number: 60) of Arabian horses and the best trapeze artists, acrobats, and performers together. He commissioned a musical score by Michel Cusson. In 2003, he opened the show in his home town of Montreal. Since then, it’s traveled to Miami, Los Angeles, and a few other locales.

You have to see “Cavalia” to understand the majesty of these magnificent horses. Not only are they each individual beauties, they are also the best groomed horses in the world. Visitors can see them backstage in their stalls. These horses are living quite a nice life. And no, they are not sitting around smoking cigars and playing poker at night. They’re getting amazing attention!

On stage, the horses run like the wind. The human players are remarkably athletic, with riding abilities that mimic the best in Hollywood westerns. The result is like being out in the desert, and being an eyewitness to nature.

There’s also one segment where about a half dozen white and palomino stallions and geldings gather on stage by themselves, without a trainer, and have what amounts to a cocktail party. The trainer finally arrives and appears to very little to get them organized. It’s quite a scene.

“Cavalia” is in the Meadowlands officially through June 20th, but it’s already sold out. Latourelle is considering a longer stay, but has to leave once football season starts ramping up mid summer. So hurry and get over there.