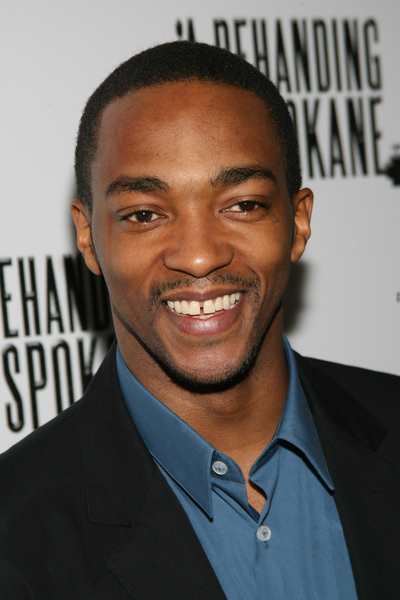 Dan Pritzker is the heir to the Hyatt fortune. He’s also a jazz fan, and a big one. He’s been writing and directing his first film, “Bolden!” a jazz movie set at the turn of the last century, since 2007. Shooting re-commences on June 14th for three more weeks.

“Bolden!” is billed as a “mythical interpretation” of the life of legendary New Orleans cornet player, Charles “Buddy” Bolden, considered the King of Jazz from around 1900 to 1907.  After that, Buddy Bolden, only 30, succumbed to schizophrenia.

Pritzker has been shooting the film since 2007 at studios in Wilmington, North Carolina. This week he resumes new shoots–not re-shoots–as star Anthony Mackie is finally available. The in-demand actor has just finished his run on Broadway in “A Behanding in Spokane.”

“Bolden!” has no distributor, no finish date, a fuzzy release date of sometime 2011, and a $30 million budget, according to sources. It co-stars Jackie Earle Haley and Wendell Pierce, as well as a name not heard so often these days, Michael Rooker. It’s not an expensive cast, but it’s a big one.

The big money has been spent behind the scenes. Wynton Marsalis wrote an original score. Vilmos Zsigmond is the cinematographer. Brothers and Steven and Derick Martini, and David Rothschild wrote the screenplay.

Not only that: an hour long second film has only been made by Pritzker. “Louis,” about Louis Armstrong‘s early days on the cornet, is a silent film with overlapping actors and characters from “Bolden!” The silent film, supposedly finished, is set to debut on August 25th in Chicago as part of Wynton Marsalis ‘s tour. (The presentation comes to our beloved Apollo Theater on August 30th.)

PR people who didn’t want to be quoted said that finishing “Louis” was what had stalled “Bolden!”

AOne insider told me: “We don’t this movie to end. It’s like a perpetual paycheck. When they say it’s time for more shooting, we just say where and when.”

Pritzker did not respond to calls, but publicists fell over themselves trying to explain all of this. The 51 year old Tufts grad is the grandson of A.N. Pritzker and the son of Jay Pritzker, who died in 1999 at age 76. Jay pritzker took the family’s massive wealth and built the Hyatt Hotel chain. They also own Royal Caribbean.

Dan Pritzker was listed in 2008 as the 246th richest American on Forbes 400,so he can definitely afford to make any movie he likes.And while jazz movies always welcome, they are not traditionally successful. Both Robert Altman‘s “Kansas City” and Clint Eastwood‘s “Bird” were more admired than attended by paying ticketholders.