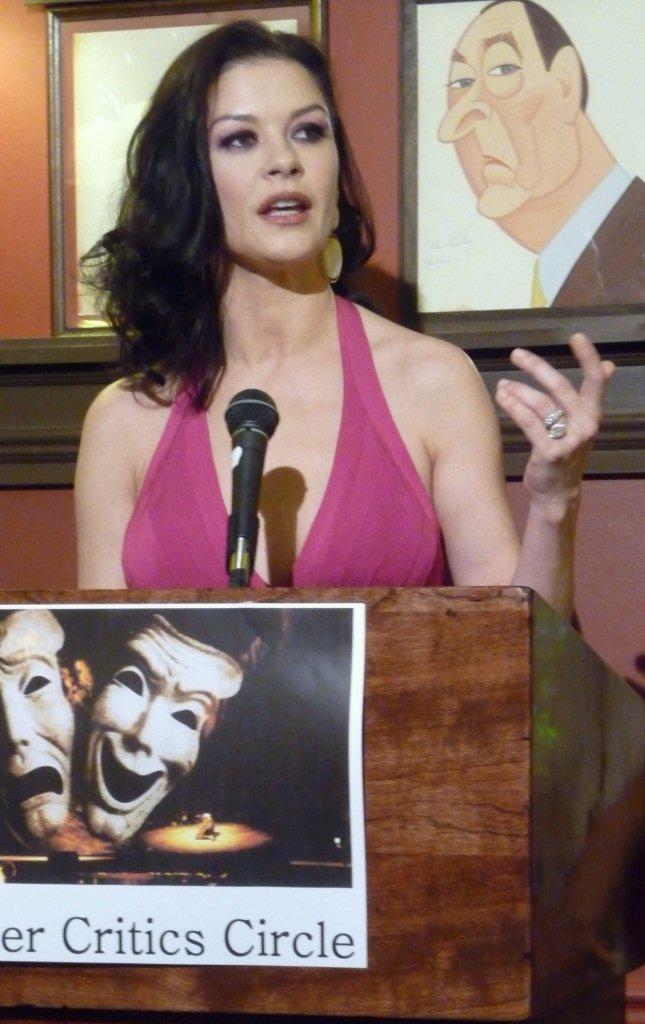 Catherine Zeta Jones picked up her Best Actress in a Musical award yesterday afternoon from the Outer Critics Circle at Sardi’s. She gestured to the myriad caricatures hanging on the walls around her and said, “You have my family here already.” She meant Michael Douglas and his father Kirk. It was very touching.

Zeta Jones wasn’t the only star in the room, however. Both Denzel Washington and Viola Davis came to get their citations for “Fences.” Frank Langella came at his own request to present the Best New Play award to John Logan, who wrote “Red.” Langella couldn’t have been more effusive.

Also on hand were Jan Maxwell, who won for her part in “Lend Me a Tenor,” Katie Finneran, who picked up Featured Actress for “Promises, Promises,” Montego Glover, winner from “Memphis,” and Bon Jovi’s David Bryan, who wrote the “Memphis” songs (he was on his way out to the new Giants Stadium for the Bon Jovi show) and the cast of “God of Carnage”–all of whom presented awards- including Jeff Daniels, Janet McTeer, Lucy Liu, and Dylan Baker. Actress Hallie Foote accepted the award for her late dad, playwright Horton Foote, for his “Orphans Home Cycle” nine hour set of plays.