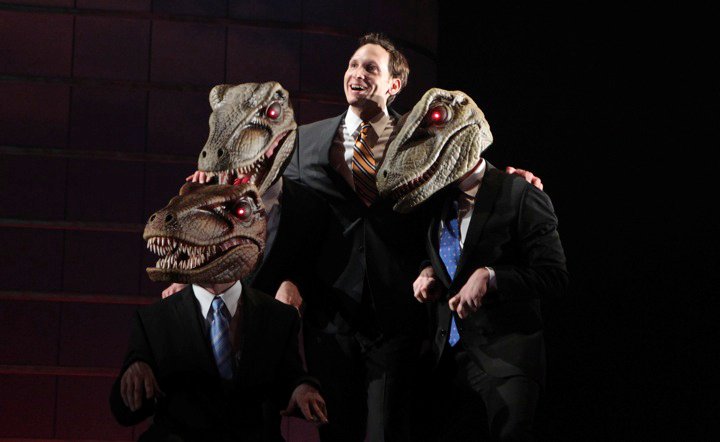 The Broadway awards season is almost done, with the Tony Awards deadline looming on Friday. The Outer Critics Circle issued its list of nominees on Monday, and made mostly good selections. The OCC covers both Broadway and off Broadway, so some slots were filled by people who won’t be at the Tony’s. The OCC didn’t pick Alfred Molina from “Red” for their Best Actor list, but he’ll turn up later. They did like Jude Law‘s excellent Hamlet, and reached back to Jan Maxwell‘s memorable star turn in “The Royal Family.”

(Full disclosure: my mother, Rosalind Friedman, a well respected theater critic from Fairfield County, Connecticut, is on the OCC board. It doesn’t give me any leverage or influence. The OCC are serious theater people. All my lobbying for a couple of actors fell on deaf ears, I’m afraid.)

The OCC didn’t like “Enron,” a British import. Now that it opened last night, we can see why. “Enron” must have played great in London, where theatergoers probably thought it was clever to rip apart American corporate culture. Unfortunately, the long, talky play is a buzz kill. By the time it’s over you start to feel bad for Jeffrey Skilling and Kenneth Lay. That has a lot to do with good performances from Norbert Leo Butz and Gregory Itzin, as well as Stephen Kunken as Andy Fastow, and Marin Mazzie.

But “Enron” had buzz, so the audience was filled with interesting types. Chris Noth, Eric Bogosian and Tamara Tunie headed up the “Law & Order” area. Claire Danes and Hugh Dancy were among those who followed the action, along with Candice Bergen, Cherry Jones, Jim Dale, Mamie Gummer, Alec Baldwin, Kathleen Chalfant, and Zeljko Ivanek.