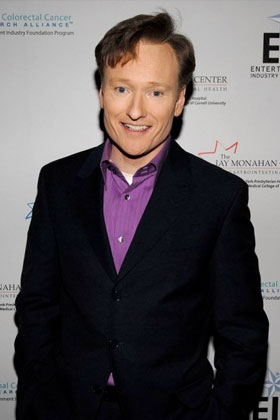 Conan O’Brien’s live tour has been announced officially. I told you about it on March 5.

The tour starts on April 12 — I was asked to say “mid-April” because the dates weren’t all booked — and in Eugene, Ore., of all places. (This column said it would be in Seattle or San Diego. At least we were on the right coast!)

Conan’s tour will be a hot, hot ticket. And the funniest thing about it will be charting the travel arrangements of all the guests who come and go. Some cities, like Eugene, are going to be quite busy rolling out the red carpets. That could be the most hilarious part of the tour!