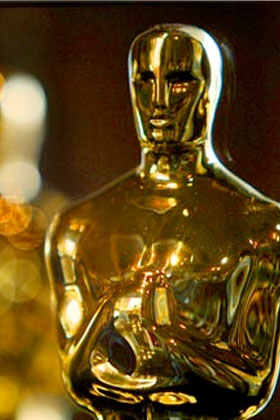 Tonight’s Academy Awards show kicks off with who else, Neil Patrick Harris, in a musical number. Then Steve Martin and Alec Baldwin appear, and we’re off to the races.

Who we won’t see: Nicole Kidman. The Oscar-winner is in Australia with husband Keith Urban and daughter Sunday Rose. Last night was Nicole’s mom’s 70th birthday, and they had a big celebration.

Who we might see: Barbra Streisand may give the best director award. The thinking is that Kathryn Bigelow will’be the first female winner. Streisand, who directed “Yentl” and “The Mirror Has Two Faces,” is very excited about’Bigelow and will be a great choice. They should also have Penny Marshall, Nora’Ephron, Amy’Heckerling, and Nancy’Meyers, frankly. But Streisand is the Star, and it’could make’for a magic moment.

Bigelow, by the way, has been way low-profile all weekend. Screenwriter boyfriend Mark Boal has been at most events where “The Hurt Locker” should be represented, but Bigelow has been cooling her heels. Sources say she’s nervous. And why not? She’s up against her ex-husband, and all the women in Hollywood are pulling for her.