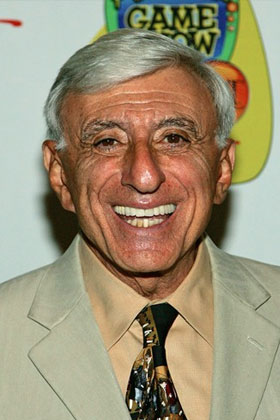 Senior stars and others associated with the Motion Picture & Television Fund home are going to be out in force tonight across the street from the Beverly Hills Hotel.

The Night Before has become a Hollywood tradition as Katzenberg and other execs raise money for the Motion Picture & Television Fund, which supports the lavish $100 million dollar-plus assisted living’compound in Woodland Hills, California.

But the Fund has been embroiled in controversy since it decided to phase out its Long Term Care medical facility. So far, the number of patients in Long Term Care has dropped from around 120 to 60. According to a rep for the patients, 30% were moved to other facilities, and 20% have passed away.

The Fund claims that it can no longer afford to take care of the Long Term Care patients despite these massive fund raising events featuring A list stars. Tickets to The Night Before cost thousands of dollars. In return, the people who attend receive enormous gift bags full of swag usually including IPods, Flip cameras’and running shoes.

Even so, according to the Fund’s 2008 tax filing, both The Night Before and another event, The Evening Before, held on the eve of the Emmy Awards, look like losers. For those two events combined the MPTV Fund says it had net income of minus–negative–$3,420,387 in 2008. The gross receipts for the two events is listed at $11,188,748. Charitable contributions of $10 million were subtracted.

But Sherwood says the Fund has said it won’t accept the check or any other money specifically designated for the remaining 60 patients. The Fund’s’aim remains to shut the place down as soon as possible.

Meantime, Sherwood says that since the number of patients has been reduced, the Long Term Care facility has become a “ghost town.”

“I was there the other day and I couldn’t find anyone to help in one area,” she said.

The Saving the Lives of Our Own Group will be handing out gold ribbons tonight, as well, to remind the Hollywood community what’s going on.

The top three executives of the Fund will never have to worry about living in a nursing home. David Tillman, MD (recently departed from his position) in 2008 received total compensation of $928,000; Frank Guarrera got $711,325; and Seth Ellis’s total was $399,074. These figures come from the MPTV Fund’s 2008 Form 990 filed with the IRS.