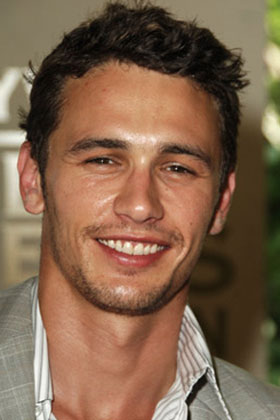 When he wasn’t filming “Howl” or “Eat Pray Love” or going to grad school at NYU or appearing on “General Hospital” or doing art projects last year, James Franco made a movie with Elizabeth Edwards’ brother.

Franco stars with Josh Lucas in “William Vincent,” which used to be called “In Praise of Shadows.” Jay Anania, the brother of Elizabeth Edwards, put upon estranged wife of former Senator John Edwards, directed it. Although, as Lucas remembered it, Franco did the directing.

Lucas told me last week that the Franco film was one of five movies he just made back-to-back. Franco also showed him his short “Herbert White,” which played at Sundance.

“I started out thinking it was a crappy low-budget student film,” he said. “But it turned out very well.” “William Vincent” will go to festivals, maybe Toronto in the fall. There’s no info yet on whether Elizabeth Edwards will help her brother promote it. She may be in divorce court by then.