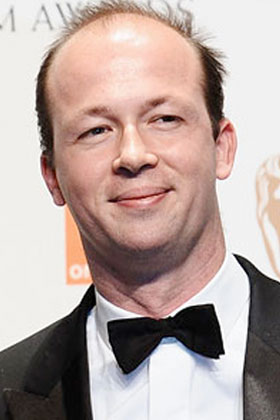 “Hurt Locker” producer Nicholas Chartier has gotten himself into hot water. A novice to the Oscar process, Chartier violated Academy rules by sending out an e-mail to voters last week.

Here’s what he said:

I hope all is well with you.’ I just wanted to write you and say I hope you liked Hurt Locker and if you did and want us to win, please tell Pierce and your friends who vote for the Oscars, tell actors, directors,crew members, art directors, special effects people, if everyone tells one or two of their friends, we will win and not a $500M film, we need independent movies to win like the movies you and I do, so if you believe The Hurt Locker is the best movie of 2010, help us!

I’m sure you know plenty of people you’ve worked with who are academy members whethere a publicist, a writer, a sound engineer, please take 5 minutes and contact them. Please call one or two persons, everything will help!

Consequently, Chartier has been advised of his mistake, and sent this e-mail as a follow-up:

My email to you was out of line and not in the spirit of the celebration of cinema that this acknowledgement is. I was even more wrong, both personally and professionally, to ask for your help in encouraging others to vote for the film and to comment on another movie. As’ passionate as I am about the film’ we made, this was an extremely inappropriate email to send, and something that the Academy strongly disapproves of in the rules.

My naivete, ignorance of the rules and plain stupidity as a first time nominee’ is not an excuse for this behavior and I strongly regret it. Being nominated for an Academy Award is the ultimate honor and I should have taken the time to read the rules.

I am emailing’ each person this very same statement asking’ to retract my previous email and requesting that you please disregard it.

I truly apologize to anyone I have offended.

So now what? Chartier is obviously freaked out, as “The Hurt Locker” didn’t really need this kind of help or attention less than a week before ballots are due in. Will there be an uproar? We all know that if Scott Rudin or Harvey Weinstein had sent this kind of e-mail, there would be demonstrations in the streets and ritual sacrifices.

And the Academy does consider what happened as a serious violation of rules. Here’s the official stance: “The original email was indeed a violation of the Academy’s campaign regulations.’ Any announcement about any action the Academy might choose to take will not come until after balloting has closed on Tuesday (5 p.m. PT).”