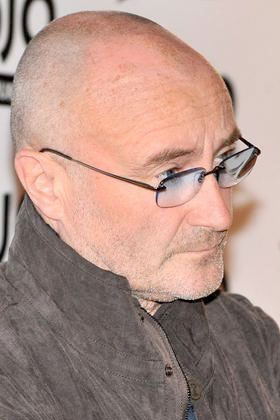 No one knows this yet, so shhhh … Phil Collins is going to receive the Johnny Mercer Award this June from the Songwriters Hall of Fame.

The Mercer Award is the most prestigious award given out by the SHOF. To receive it, you have to have already been inducted into the Hall of Fame. Collins is in pretty cool company. Previous winners include Stephen Sondheim, Paul Simon, Carole King, Billy Joel, Smokey Robinson, Stevie Wonder and Jerry Leiber and Mike Stoller.

A source says that Collins, who’s been on hiatus recently thanks to throat surgery, is particularly psyched because last year’s winners were Motown greats Holland-Dozier-Holland. Phil’s next album is a collection of Motown cover songs.

Collins’ award means that he will more than likely perform at the Songwriters Hall of Fame, a hot ticket on June 17 at the Marriott Marquis. Collins has pretty much been off the circuit for quite a while.

The Genesis founder’s appearance also raises the tantalizing possibility of some interesting collaborations that night since Earth Wind & Fire are also being inducted. Phil and EW&F’s Philip Bailey share a number 1 duet from the 1980s, called “Easy Lover.”