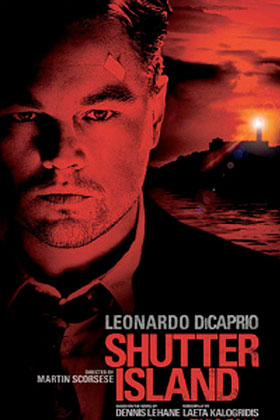 It looks like famed director Martin Scorsese and actor Leonardo DiCaprio are having their biggest weekend opening ever.

“Shutter Island,” with the star power of Leonardo DiCaprio, Ben Kingsley, and Mark Ruffalo, is set for a $37.3 million weekend.

That would make it Scorsese’s biggest ever, beating “The Departed” ($26.8 mil in 2006) by a wide margin. It will also quickly surpass the final totals for many of his other films — the total takes — including “Casino,” “Bringing Out the Dead,” “Kundun,” “Mean Streets,” “Taxi Driver,” “Goodfellas,” “Raging Bull” –pretty much all of them.

Ironically, though Scorsese is a critics’ darling, he really didn’t start having big box office until he went into business with Harvey Weinstein on “Gangs of New York.” That film brought in $77 million. “The Aviator” did $102 million. Of all the ones that preceded, only “Cape Fear” scored with $79 million.

Of course we can’t discount the Leo factor. “Shutter” is the fourth movie Scorsese has made with Leonardo DiCaprio after “Departed,” “Gangs” and “Aviator.”

Believe it or not, this is Leo’s biggest opening, too. His second best would now be “Catch Me if You Can,” with $30 million. Yes, “Shutter Island” is a bigger opening weekend than even “Titanic” ($28 million.) How weird is that? “Titanic” is Leo’s biggest movie ever, at $600 million domestic. “Catch Me” is second with $164 mil. The two Scorsese movies are next.

And everyone was worried when Paramount decided to postpone the “Shutter” release from October until now. Even Scorsese told me last week, “Waiting the four months — I didn’t know what will happen.” He was very nervous on Thursday night at the premiere. But for once, quality conquers all. It’s a happy ending, and one with maybe a surprise twist of its own!