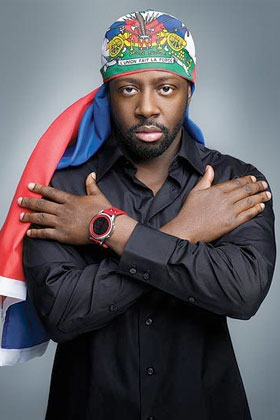 So many things to tell you from last night’s Haiti relief fundraiser at Donna Karan’s magical Urban Zen space on Greenwich Street. Not the least of it is how many different kinds of amazing events occur on a daily basis at Urban Zen. It’s quite the facility.

Out of nowhere, Haiti Hope Help & Relief has popped up, and started raising money to send 50,000 tents to Port-au-Prince for people to live in. The tents cost $1,000 and you can buy them by e-mailing haitirelief@urbanzen.org. Mitch Davis, one of the organizers, turned me on to this new group because all the money, 100%, is going straight to Haiti.

All of these people got a treat, too: Mary J. Blige did a full set with her band. Let’s just say she ripped the ceiling off. It’s nice to see a room full of rich people bouncing up and down, arms in the air. And Mary J. did her showstopper, “I See Colors,” which she wrote for “Precious” but somehow didn’t get nominated for an Oscar. (If she performed this number in the Kodak Theater, they’d have to have smelling salts for everyone.)

And then there was the after party, at Andre Balazs’s Boom Boom Room aka 18th floor at the Standard Hotel. Balazs is so behind this group that he had yellow tents outside the entrance stamped with The Standard Hotel logo, ready to be shipped to Haiti. Inside, upstairs (not easy to get there since the doorman didn’t want to let Wyclef’s band in) Jay Z and Trey Songz crowded in, Salman Rushdie took a booth, everyone from the dinner piled in.

This was all to see Wyclef, cousin Jerry Wonda and their band do another full set of rousing hits, Haiti and Trinidadian music. Mary J. joined Wyclef for their old hit, “Somebody Call 911″ and really, to see all these people crowd into a small space, shouting and singing along with vistas of Manhattan and the Hudson River behind, was hip-hop surreal. Some of them may still be there as you read this, that’s how much fun it was. Wyclef and Mary J. are magic together. And by the way. Mary J. may ‘ may, not definite ‘ tour with Alicia Keys this spring. It’s too much to think about.

Meanwhile, some people did have dinner last night: just prior to the Haiti benefit, the great Paul Sorvino, dining with friends, sang an operatic “Happy Birthday” to my friend Irene Walsh at venerable Cafe Luxembourg on the Upper West Side. One of the great TV newsmen, Brian Ross, of ABC, ate with a friend at an adjoining table, while screenwriter Jim Hart and his wife Judy entertained friends. And just beyond them was former New Jersey governor Jon Corzine. Who knew all this went on at Cafe Luxembourg on a Monday night?