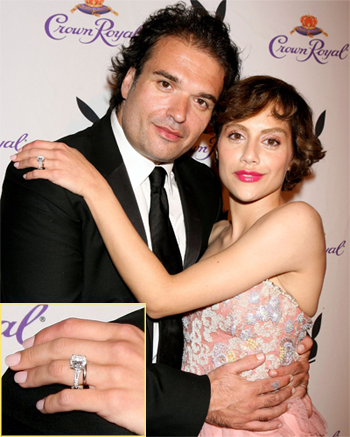 Director Michael Z. Gordon was planning to go ahead with Brittany Murphy (whose real name was Brittany Anne Bertolotti) in a movie called “Shrinking Charlotte” that was set to shoot in January. Gordon told me he was nervous about working with Murphy because his staff had been in touch with the Puerto Rico production office of “The Caller.” That was the movie from which Murphy was fired two weeks ago.

But what he heard about her husband, Simon Monjack, was what gave him pause.

“Monjack came on the set inebriated,” Gordon said he’d been told. “The producers wanted to keep him away. Brittany of course defended him. And so she was let go.”

Nevertheless, Gordon liked her. He had planned, ironically, to put her in film called “Heart Stopper,” which wasn’t made. But if “Charlotte” had gone well, he had another dark comedy for her.

Monjack is not beloved in Hollywood.’I spoke to two others movie producers today who came in contact with him on’a project in the last couple of years. They described him as a “con man.” Neither had anything nice to say, but one of them warned: “He’s a dangerous guy.” According to this producer, Monjack presented himself as someone with a lot of money and had none at all. A lawsuit was settled after the film in question was made.

Monjack had other problems besides drinking and interfering with Murphy’s career. He is a walking legal time bomb. For one thing, the British citizen was arrested a month prior to his marriage to Murphy in May 2007 because his visa expired. The tabloids speculated that he married Murphy to avoid deportation.

Then there’s the money: According to public records, Monjack has been the defendant in several lawsuits. In 2006, Coutts and Company, a British bank, received a court judgment against him of $470,132. In 2005, right before he met Murphy, Monjack and his girlfriend were evicted from their New York apartment for $7,025 in back rent. There was a similar incident in 1997 in Los Angeles.

More interestingly: in November 2007, six months after marrying Brittany, Monjack was chased into Los Angeles Superior Court by his ex-wife. British writer and TV personality Simone Bienne claimed that Monjack had never paid her the $50,000 she’d been due in their 2006 British divorce. The court awarded her the money in U.S. dollars plus fees and interest.