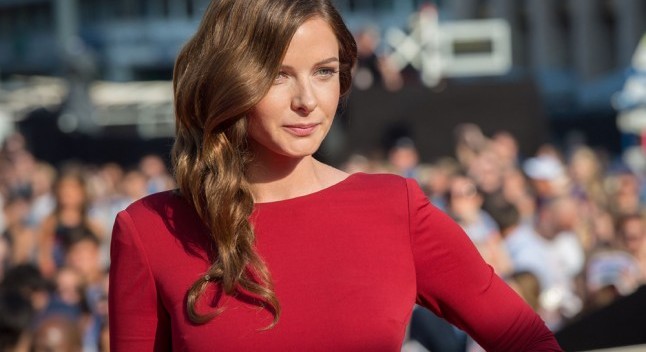 Confirmed: Rebecca Ferguson is about to make movie history. She’s the first actress to return as Tom Cruise’s leading lady in the “Mission Impossible” series. I am told that Ferguson is signed, sealed and delivered for part 6, to be directed by Christopher McQuarrie, who is also returning from part 5, “Rogue Nation.”

The Stockholm born Ferguson made a huge impression as Ilsa in “Rogue Nation,” more than her predecessors like Paula Patton, Thandie Newton, or Michelle Monaghan. None of them made to another installment of the franchise, and their characters were never mentioned again.

But as Ilsa, Ferguson came across as a modern day Lauren Bacall crossed with Ingrid Bergman. When she returns to “MI,” Ferguson will have had a bunch of new releases including the hotly anticipated “Girl on the Train,” as well as “Florence Foster Jenkins” with Meryl Streep, and “The Snowman” with Michael Fassbender.