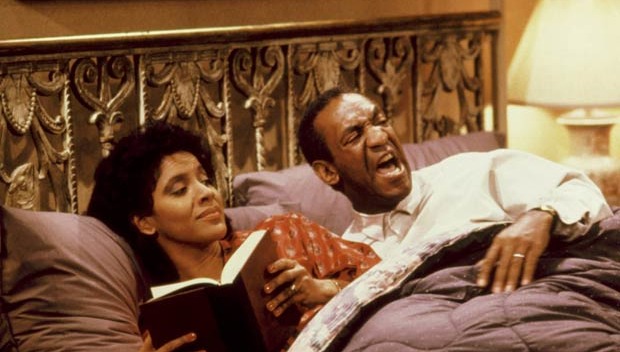 EXCLUSIVE It was just happenstance: I ran into Tony winner Phylicia Rashad today at Paramount’s super elegant lunch for the movie “Selma” at the Metropolitan Club. Rashad co-starred with Bill Cosby for 12 years as his TV wife– first on “The Cosby Show” and then on its sequel “Cosby” featuring Madeline Kahn. She will always be Claire Huxtable, wife of Dr. Cliff, and mother of the Huxtable family.

No one knows Cosby better than the soft spoken, smart, articulate Rashad, for whom I have a lot of respect. So far she has not said a word about the scandal that has engulfed Cosby and is systematically destroying his 50 year career and reputation.

Now, as the extraordinary “Selma” lunch– which featured a brilliant performance by Common and John Legend of their theme song, “Glory”– Rashad and I had a talk about Cosby. No less than Harry Belafonte and Ruben Santiago Hudson were hovering above us as we chatted. Let’s make something clear. Rashad, who is one of our greatest stage actresses, has kept quiet, didn’t seek me out, and even said “I don’t want to become part of the public debate.”

But knowing this she did say to me “I love him” about Bill Cosby. She stands defiantly behind him. She told me that in the years she’s known him, she has never seen the behavior alleged by the women who say they were drugged and raped, or sexually harassed.

Rashad said:  “What you’re seeing is the destruction of a legacy. And I think it’s orchestrated. I don’t know why or who’s doing it, but it’s the legacy. And it’s a legacy that is so important to the culture.”

Rashad dismisses claims from both Beverly Johnson and Janice Dickinson. “Oh, please,” she said when their names came up. She also is quick to defend Camille Cosby. “This is a tough woman, a smart woman,” she told me. “She’s no pushover.” There is no question, Rashad said, that Camille Cosby has not been complicit or looked the other way as her husband terrorized women for the last 50 years.

She said, “Someone is determined to keep Bill Cosby off TV,” alluding to people other than the women. “And it’s worked. All his contracts have been cancelled.”

We talked more about the legacy of The Cosby Show. “This show represented America to the outside world. This was the American family. And now you’re seeing it being destroyed. Why?”

She said Cosby himself is probably too proud to raise a defense. I countered that his silence reminded me of how Jerry Lewis reacted whe, after 50 years. the Muscular Dystrophy Association treated him like dirt. He refused to fight back. To quote a popular song from the 70s: “If you don’t know me by now, you will never never know me.”

So what to do about Cosby’s accusers? Rashad feels strongly that some other force is at play– for some reason, Cosby’s great strides in education, as well as show business, are being ruined so that new generations will only remember him by this scandal. And what about a defense from the man himself? “If he spoke now, what do you think the media would do with it?” Rashad asked. And let’s face it, she’s right about that.