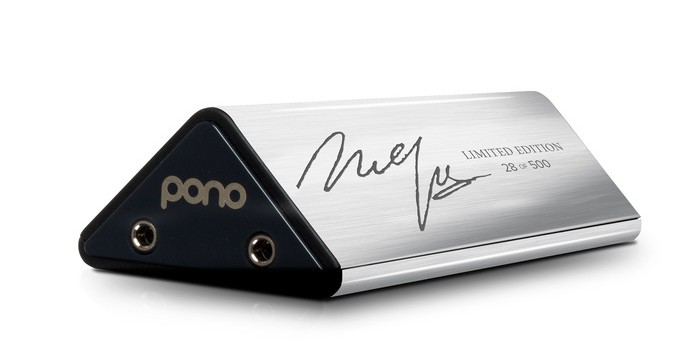 I was among those cheering on Neil Young for his Pono MP3 player. When he ran his Kickstarter campaign last winter, I championed it. And Neil raised around $6.25 million. He promised that Pono orders would be fulfilled this fall. Well, Labor Day is Monday and there is no Pono. There won’t be this year at all.

According to the Pono website, the super MP3 player that would offer lossless music (as opposed to the highly compressed sound of actual MP3 or Apple’s system) will be seen sometime in “first quarter 2015.” People who pre-ordered Pono will get a signed certificate from Neil by December 15th.

Today, Pono announced it was extending its deadline on a second crowdfunding campaign, which offers equity in the company for a minimum $5,000 investment. This is separate from the Kickstarter raise. This one has raised $7.1 million through a firm called Crowdfunder. This is 179% of their goal, which was $4 million, so Pono and Crowdfunder have extended the deadline til September 30th. There’s no question that Neil Young’s name — and those of the celebrity musicians he’s enlisted– has attracted money.

If Crowdfunder is accurate that means Pono has a little over $13 million. Is that enough money? And does it matter? Both Apple and Samsung offer plenty of lower priced, better looking devices. And aside from that, most young people– the target audience– don’t even use stand alone players anymore. Their music is on their phones. Ask the kids.

Not only that– it’s still unclear how Pono is going to operate vis a vis an online music library. Their whole shtick is FLAC– original digital recordings. The only company with a real library of that stuff is the excellent HDTracks.com owned by Norm Chesky. But Pono has no deal with HDTracks, which already operates on existing devices. Where is all this lossless music going to come from?

We all love Neil Young the musician and activist, and wish him well. But Pono is starting to sound like a big problem. It won’t be long before the fans who put up $399 and $499 start questioning where this thing is, and what the heck is going on.