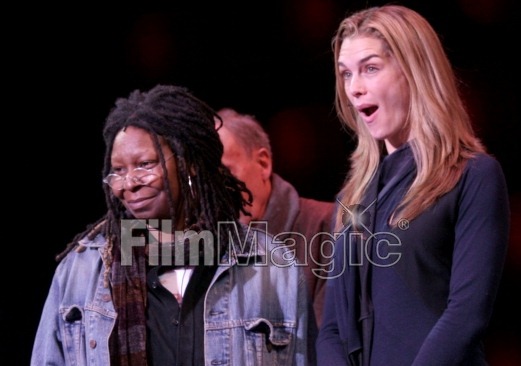 Big day on Barbara Walters’s “The View”: I can tell you exclusively that the likely new member of the panel is Brooke Shields. Sources say Barbara Walters really wants her. Shields is a Princeton graduate, very articulate and the right age– 47, believe it or not. She will also be a great Hollywood connection for the bookers, and she’s a mom. I’m told the deal isn’t done yet, but it’s thisclose (no typo there) to being signed. Brooke is an excellent choice.

Meantime, the sad news is that Joy Behar is leaving after 17 years. My sources say “she’s just had enough. She wants to try new things.” Walters loved her, and I’m sure she’s sad to see her go. Behar, it’s strongly said, may be returning to Headline News for her own talk show again. I never understood why she left HLN in the first place. I was a guest many times on that show and an avid viewer. Joy rocks.

Leaving with no tears from most is Elisabeth Hasselbeck. She was not popular with viewers. She was extremely right wing, and did not voice what women at home wanted to hear about just about anything. During Rosie O’Donnell’s time, EH was miserable to behold. Guests aren’t prone to speaking with her, she never matured into anything but the annoying neighbor who didn’t grow with the times.

‘The View” will still look for a fifth anchor, someone maybe in their 30s. And maybe a reporter, since Walters — though she rebounded like a champ this week–is showing signs of her age. But that’s not to suggest Barbara is retiring. She will still be on ABC when it’s just a digital signal blinking from space.